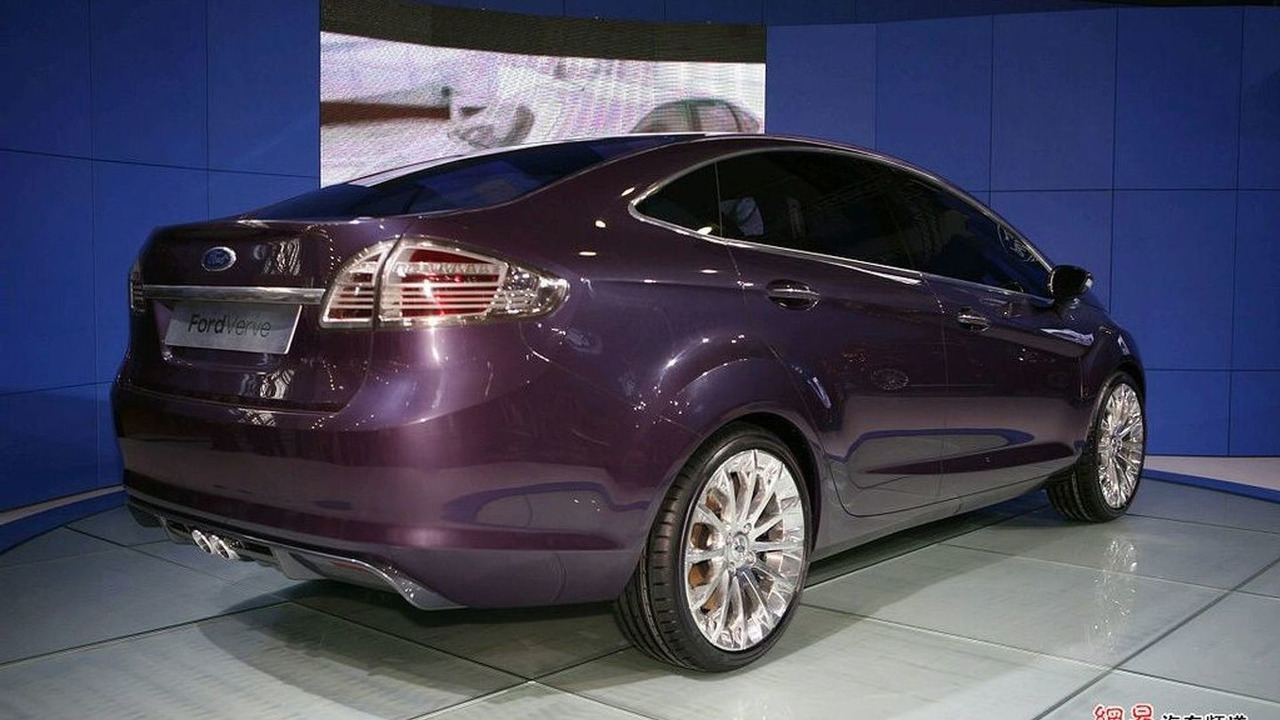 Debuting at the 2007 Guangzhou International Motor Show this week is the Ford Verve Concept 4 door notchback.

Debuting at the 2007 Guangzhou International Motor Show today is the Ford Verve Concept 4 door notchback. Back in September we saw the Ford Verve Concept 2-door hatchback debut showing Ford's Kinetic design language and this latest B-segment sedan version is no different. The Verve as the basis of the next generation Fiesta is sporting a rear end closely resembling the new Mondeo as well as the sweeping feline headlamps. Based on the same Ford B2E platform as the new Mazda2 sedan which was also premiered in Guangzhou, this sedan notchback is expected to hit markets in late 2008. As previously reported, the Fiesta will be introduced to the American market for the first time in 5-door hatchback form, which will make its concept debut at Detroit in two months as well as nothcback with design changes to be kept at a minimum to retain its European charm.