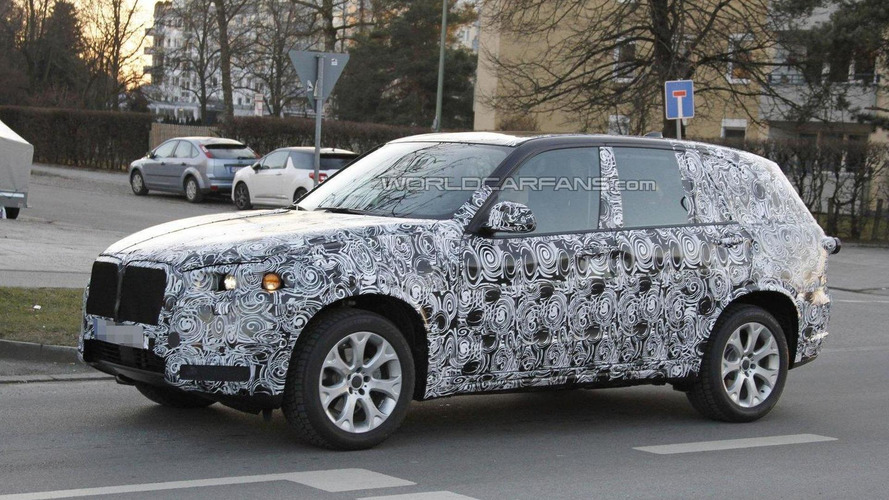 Caught while doing some pretty heavy driving in winter conditions in northern Sweden.

The 2014 BMW X5 prototype has been caught in the past but we have been limited to static images so far, but we are now able to bring you the first video which gives us the first glimpse of the model in motion. It was caught while doing some pretty heavy driving in winter conditions in northern Sweden.

The next generation mid-size SAV is looking to boost fuel economy and emissions with new updated engines and by losing a bit of weight. It will use a modified version of the F10 BMW 5-series platform that results in an immediate weight loss of around 330 lbs (150 kg). Engineers are targeting a final kerb weight of 4,000 lbs (1,814 kg) which is 680 lbs (311 kg) lighter than the current X5 xDrive30i.

Engines will comprise of the six and eight cylinder units currently found in the X5, but they will also be joined by new gasoline and diesel four-cylinder options with power outputs of around 245 PS (180 kW / 242 hp). Additionally, BMW will launch hybrid versions of the X5 that will use a similar system to the ActiveHybrid 5. Combining a 3.0 liter twin-turbo six-cylinder petrol engine with 302 hp (306 PS / 225 kW) and a 55 hp (56 PS / 40 kW) electric motor.

The new X5 is expected to debut at the 2014 Detroit Auto Show.