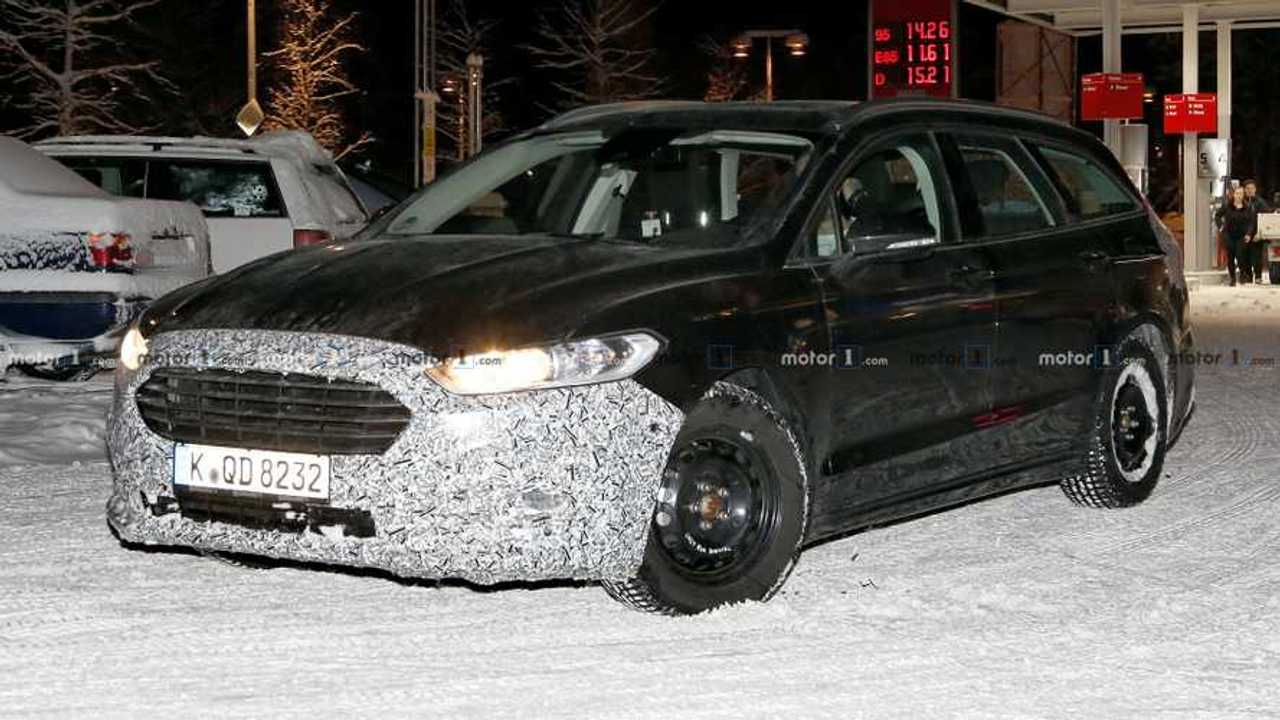 Almost untouched on the surface, but significantly improved underneath.

Ford is basically killing all its sedans in the United States, but that doesn’t mean the company has the same plans for the European market. The Blue Oval has the new Fiesta and Focus already on sale on the Old Continent, and is preparing an important facelift for its third non-SUV model, the Mondeo, which acts as the automaker’s flagman in this region.

There were rumors that the Mondeo might get axed like its American brother, the Fusion, but that’s not going to happen anytime soon. This new batch of spy photos shows Ford is actually putting the finishing touches of the revised Mondeo which should go on sale in the spring or summer of 2019.

The amount of camouflage on this prototype is a bit surprising as the visual improvements of the model are basically a secret to no one. The Mondeo will get slightly reshaped bumpers and new graphics for the taillights, and... that's about all. In fact, Ford of Germany and the UK are already selling Mondeo wagons with the new taillights that are now connected with a chrome strip.

Much more important changes are happening inside the car, where the old gear shifter is going to be replaced by a rotary selector. Everything else seems almost unchanged with the only notable improvement being the slightly reordered climate control module just below the infotainment screen. Speaking of which, Ford’s SYNC3 system, that is already available for the pre-facelift models, should be the standard option there.

The new rotary gear selector hints at a new automatic gearbox and sources from Russia who have access to Ford’s internal diagnostic software seem to confirm it will be an eight-speed gearbox of torque converter type. It will replace the current six-speed dual-clutch transmission and will be mated to Ford’s new range of EcoBlue diesels and the Focus-sourced 1.5-liter, three-cylinder EcoBoost.

As a final note, Ford has already confirmed the facelifted Mondeo will introduce the first-ever Mondeo Hybrid wagon, which should also debut sometime next year.