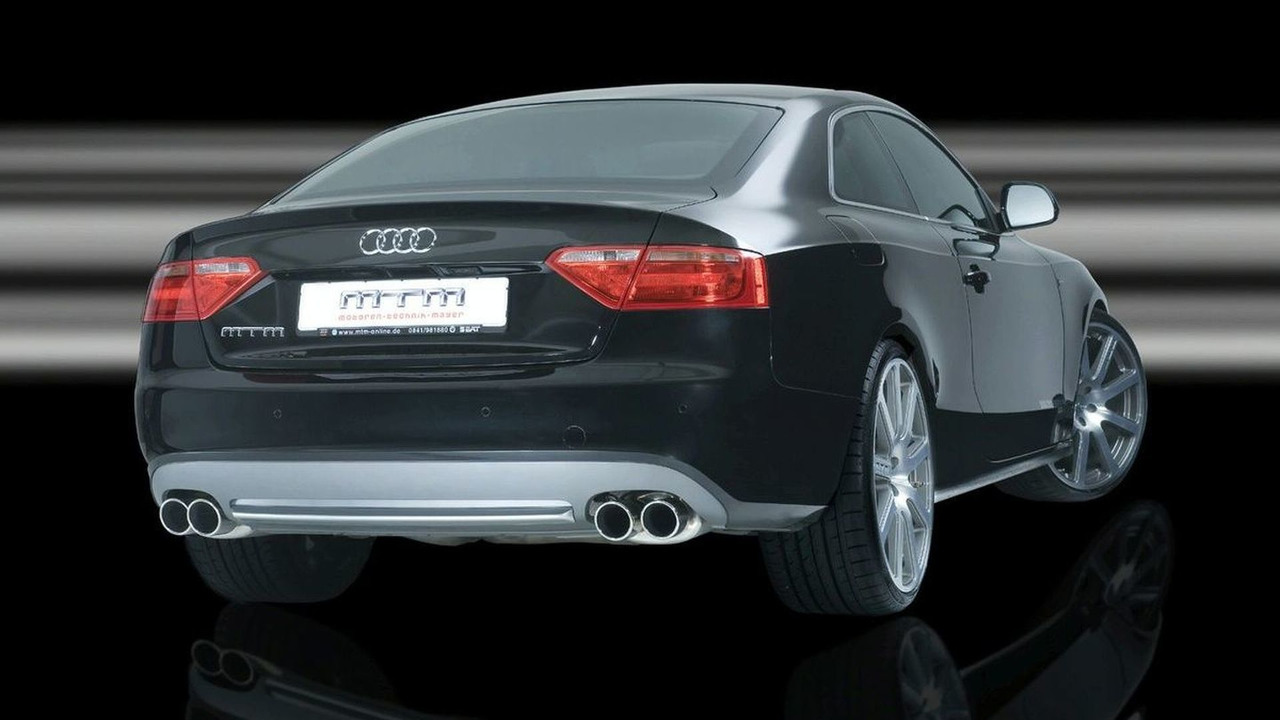 German tuning firm MTM have worked their own brand of Vorsprung durch Technik over Audi's new A5 coupe, bringing the 3.0-litre V6 diesel A5 into the ranks of the S5, while remaining firmly afoot in the styling stakes.

German tuning firm MTM have worked their own brand of Vorsprung durch Technik over Audi's new A5 coupe, bringing the 3.0-litre V6 diesel A5 into the ranks of the range-topping S5 model, while remaining firmly afoot but subtly more rugged in the styling stakes.

But its understated design more than does justice to the advanced engineering that lies beneath. The front grille comes courtesy of its nearest range rival, the S5, while combined with the new lower bumper surround and chrome four-pipe exhausts at the rear, all leave few clues as to its treatment.

For those wanting a suspension somewhat more capable on the winding roads of Europe, MTM offer a 'perfectly tuned' coilover suspension system, which MTM insist will have customers actively seeking out the backroads for their sheer thrill. But it's not just the A5's capability to handle on the tarmac that should impress. High-performance brakes are paramount for such a car, with MTM reminding us how 'races are won on brakes'.

To improve both grip and feel, the MTM A5 is equipped with custom-designed semi-perforated brake discs, which avoid the cracks that come with fully-perforated discs after extended use. Greater safety is of course as important a consequence, with the MTM Audi A5 stopping from 100km/h in just 35 metres.