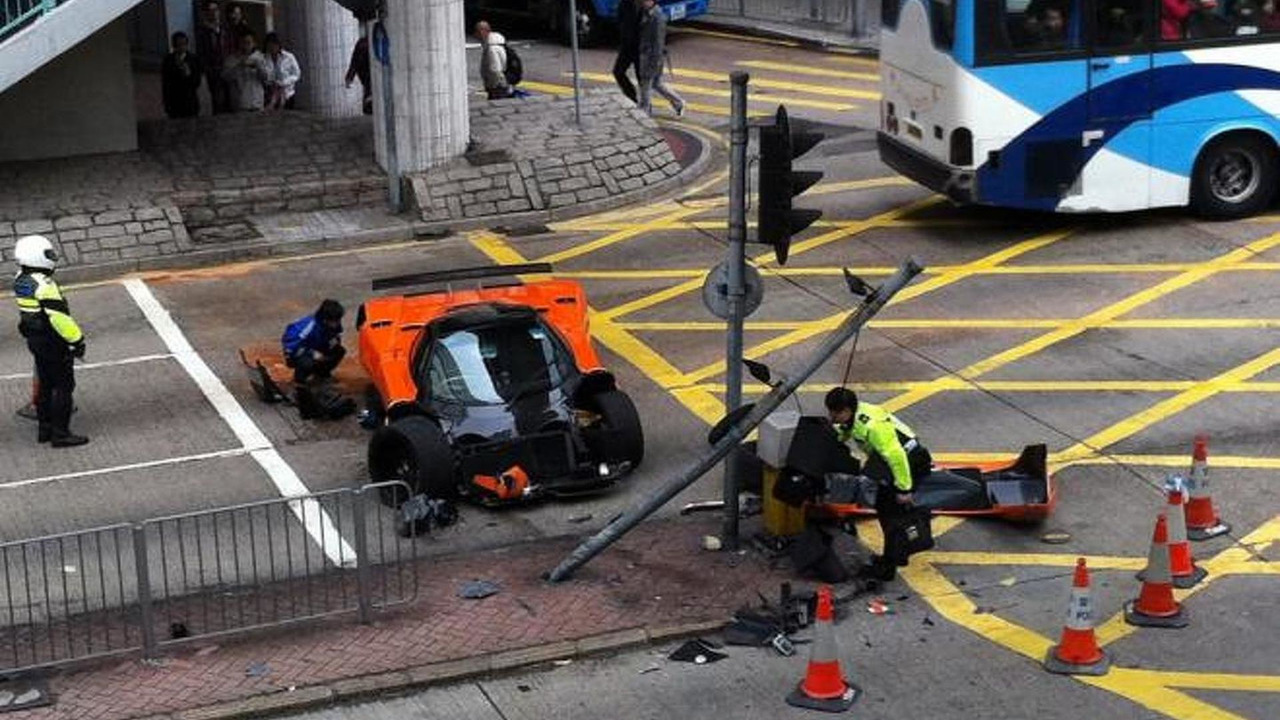 Today we have news of a Zonda F, allegedly owned by one of the top execs at Dolce & Gabana in Hong Kong, that took itself out near Tsim Sha Tsui.

Thanks to its raw beauty, crushing performance and exclusivity, the Pagani Zonda is arguably one of the most beloved supercars ever to be built. So whenever one has a near-death experience or worse, makes it to Zonda heaven, the reaction from car enthusiasts is always one of bereavement.

Today we have news of a Zonda F, allegedly owned by one of the top execs at Dolce & Gabbana Hong Kong, that took itself out near Tsim Sha Tsui.

Local news are reporting the driver lost control of the vehicle colliding with a tree and then into a traffic light. The driver was not injured.

Looking at the photos we can see serious front and rear end damage with torn suspension and dangling wheels but its hard to see if there is any major structural damage to the carbon fiber monocoque. News reports have already said the vehicle is not a total loss.

Thanks to our tipster Purepump, we have included some images of the Zonda F during better days. One of the photos was taken earlier this month outside the Dolce & Gabbana flagship store in Hong Kong under controversial conditions.