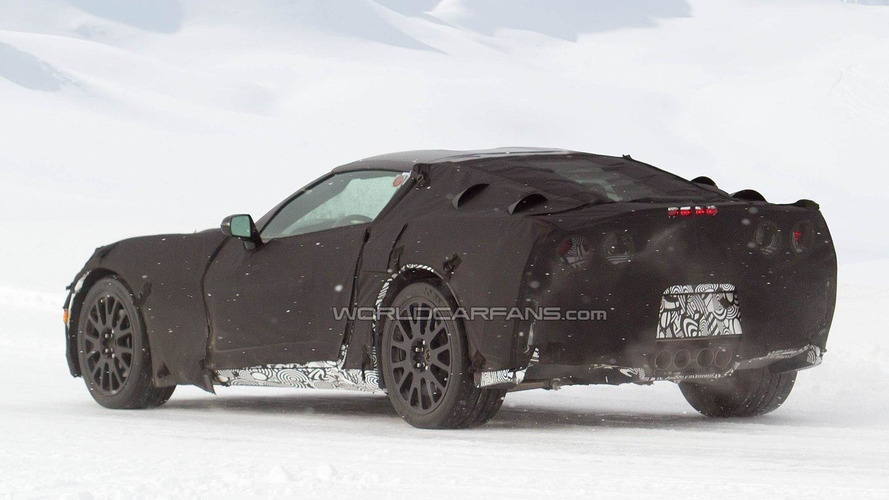 Caught by shivering spy photogaphers in -20C (-4F) weather in northern Europe, a few details of the C7 can be extracted despite wearing heavy camouflage.

The most obvious details include the enlarged front bumper air dam and central positioned quad exhaust out back. Looking a little closer at the profile of this prototype, the wheelbase looks slightly longer compared to the C6.

More specifically, when conducting a photo analysis of both vehicles, we can see a slight increase in length for the entire front clip (from the A-pillar forward). This is contrary to previous reports that said the C7 would be shorter and narrower. Also, the rear end appears to be larger while the roof line extends further out to meet the high rear body panel.

As far as powertrain is concerned, there's a lot of speculation ranging from a pushrod V8 engine with direct injection and variable valve timing to a twin-turbo V8. Reports of a seven-speed manual transmission have also been circulating the rumor mill.

Back in May 2011 General Motors announced plans to invest $131 (€88.1) million into the Bowling Green assembly plant to support production of the next-generation Corvette.