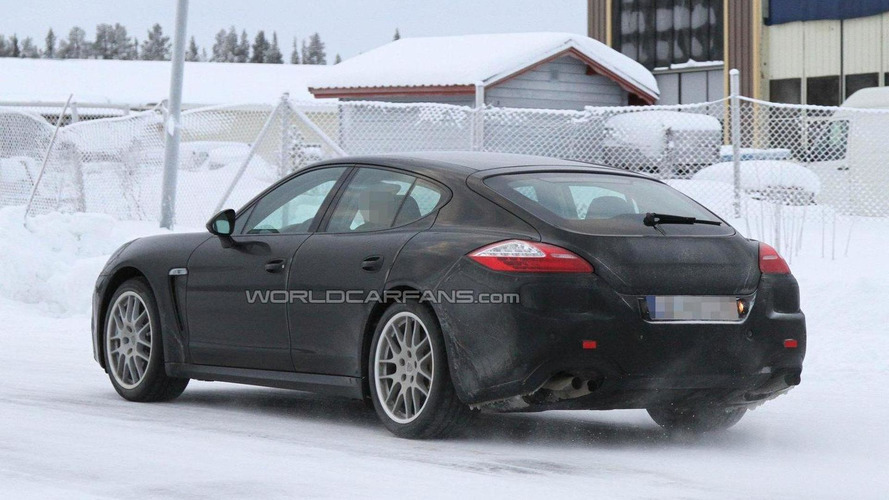 The new 2013 Porsche Panamera facelift was spotted again during cold weather testing in Sweden near the Arctic Circle.

The new 2013 Porsche Panamera facelift was spotted again during cold weather testing in Sweden near the Arctic Circle.

As we can see in the photos, camouflage is maily concentrated on the front and rear ends. Most noticeable is the makeshift rear plastic panel that is covering the real bumper fascia underneath.

The tight fitting camouflage does not lead us to believe the styling changes will be dramatic. In fact, quite the contrary as the German sports car brand is well known for it very subtle redesigns.

However, we do expect the front end styling to closely resemble the new Porsche 911 (991) which was unveiled in Frankfurt, Germany last September. The headlights will also have new LED lights inside.

Engines will most likely remain the same despite minor improvements in emissions and fuel economy.