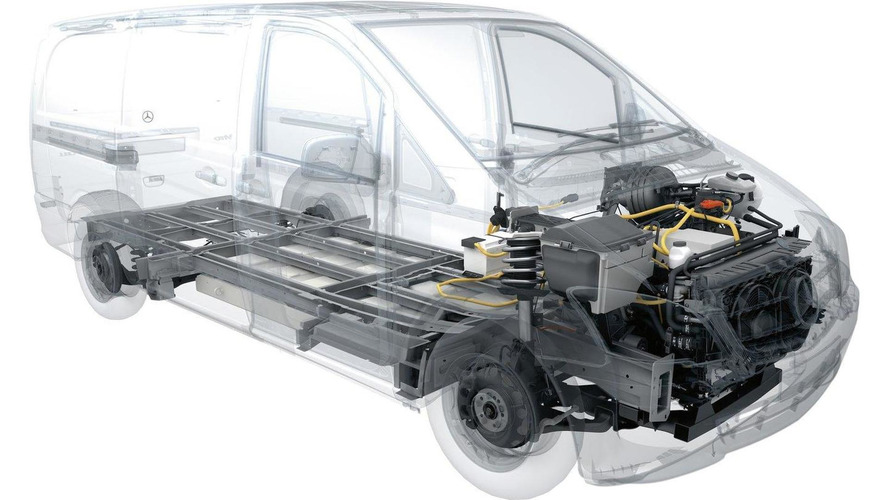 In the hands of select German customers the zero emissions Mercedes-Benz Vito E-Cell electric vehicle has successfully clocked 650,000 km (~404,000 miles) from 230 vehicles in the first year.

In the hands of select German customers, the zero emissions Mercedes-Benz Vito E-Cell electric vehicle has successfully clocked 650,000 km (~404,000 miles) from 230 vehicles in the first year. Within these 230 vehicles, two independent projects, each with 50 Vito E-CELLs, are intended to run over a period of four years. The first Vito E-Cells took to the roads in Berlin since autumn 2010 and Stuttgart in 2011. So far preliminary results indicate that the Vito E-CELL is ideally suited for inner-city driving.

Although there was initial concern about the limited driving range, customer expectations were met as the Vito E-Cells consistently achieved a range of 80 km (50 mi) on a full battery charge - including in winter. Despite having an electronically limited top speed of 89 km/h (55 mph) (capable of 130 km/h; 80 mph) to preserve maximum range, initial results showed the maximum speed was not reached often. Only 30 percent of electric Vitos reached top speed on a daily basis. Further analysis showed that in most cases, speed did not exceed 55 km/h (34 mph) in Stuttgart and Berlin where average speeds were mainly 15 to 30 km/h (9 to 18 mph).

Technically, the Vito E-Cell can carry up to 900 kg (1984 lbs) in its unmodified cargo area. The electric motor located under the hood develops 60 kW (80 bhp) and transmits 280 Nm (207 lb-ft) of torque to the front wheels. The lithium-ion batteries are located beneath the cargo compartment floor while the nominal voltage is 360V with a capacity of 36 kWh. Acceleration from 0 to 50/80 km/h (31/50 mph) takes 6.5/11 seconds. Charging the Vito E-Cell's batteries takes a maximum of six hours at 380/400V charging stations at fleet depots, although the Vito E-Cell recuperates a small portion of brake energy and converts it as power back to the batteries while the vehicle is in motion. The vehicles are designed for four years of use, with a distance of up to 80,000 km (~50,000 mi) per vehicle.

Proclaimed as the world's first van fitted with an electric drive system ex factory, 400 Vito E-CELLs were built in 2011 in its Vitoria plant in the Basque region of Spain. It is the same location where all other Vito vans are produced. Furthermore, Mercedes-Benz has produced 2000 electrically powered E-CELL vehicles since 2011.