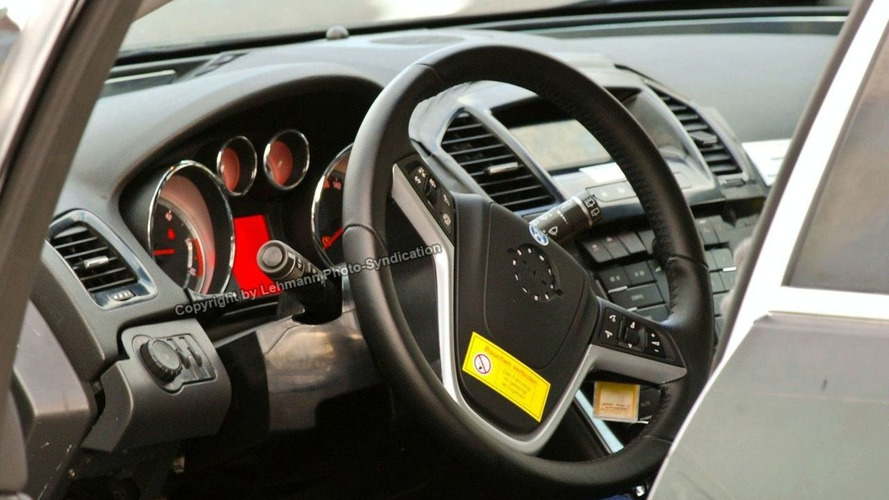 This latest set of Opel Vectra pictures includes for the first time a clear shot of the dashboard.

The fourth generation Opel Vectra displayed its first signs of life as the Opel GTC Concept at the 2007 Geneva Motor Show, and we have been trailling its progress to production status throughout the year. Our spy photograpghers were in Sweden for the winter testing, in Death Valley for hot weather testing and, of course, in Germany. We even have caught the much anticipated car on video!

The interior has been kept under wraps by the Opel engineers, untill now that is. Earlier today we managed to snap a few pictures of the all new interior. In comparison to the current Vectra, the dashboard seems all new and manages to give the cockpit a sportier look in the process.

The Opel Vectra 4 (or Vauxhall Vectra in the UK and Saturn Aura in the USA) will feature all new exterior styling and will be pitted against the new Ford Mondeo and VW Passat. The engine range is expected to be expanded with a 2.7 liter V6 Turbodiesel (200 hp) and 2.8 liter V6, also new will be the option for all-wheel-drive.

When the Opel Vectra will take its first bow at a motor show is not exactly clear, but rumours are that the London Motor Show in July may get that honour, it would then debut as the Vauxhall Vectra. We have some doubts about that here in the WCF newsroom, our money is on a Geneva world premiere in March 2008.