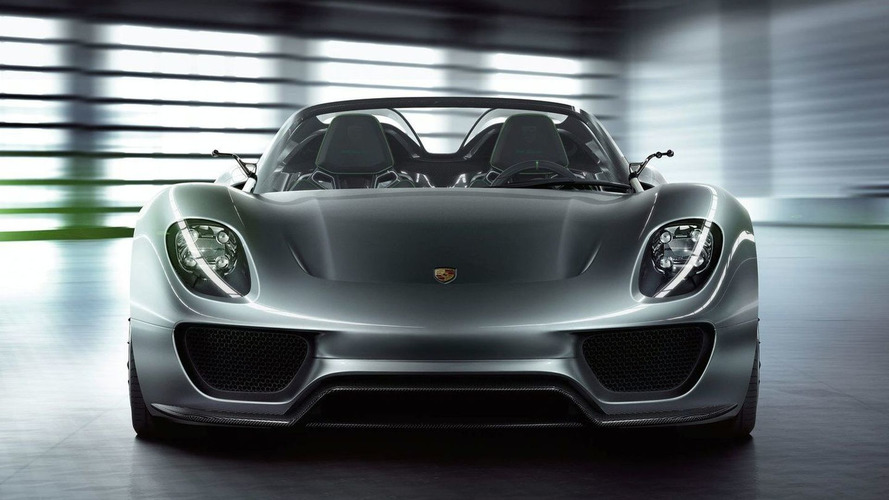 According to reports, the V8 which is based on the power unit from the RS Spyder LMP2 race car will have a displacement of 4.6 liters, the concept only had 3.4 liters.

Porsche has been very quiet recently as development continues for the production version of the 918 Spyder. But new details are beginning to surface on the web.

The sportscar maker has confirmed in their Christophorus Magazine that the 918 spyder will be unveiled for the first time at the 2013 Frankfurt Auto Show. Deliveries are officially meant to begin during the same year, but after such a late unveiling, consumers could be waiting until 2014 to get their order. Hopefully the special edition 911 Turbo S that all 918 customers receive should keep them happy during the wait.

There will also be a few important changes under the sheet metal of the production 918 Spyder compared to the concept that surprised the world at the 2010 Geneva Motor show.

According to reports, the V8 will be based on the power unit from the RS Spyder LMP2 race car with a a displacement of 4.6 liters – the concept only had 3.4 liters. This base unit has received an array of major modifications including: forged lightweight pistons, a high compression ratio, a variable-pressure composite oil pump and scavenge pump and a central oil feed to the crankshaft. Porsche will also incorporate variable valve timing for the first time.

Upon completion of the modifications, the upgraded V8 powerhouse will boast an impressive 550hp (543PS/410kW) and will be complemented by three electric motors bringing total output to 720hp (710PS/537kW).