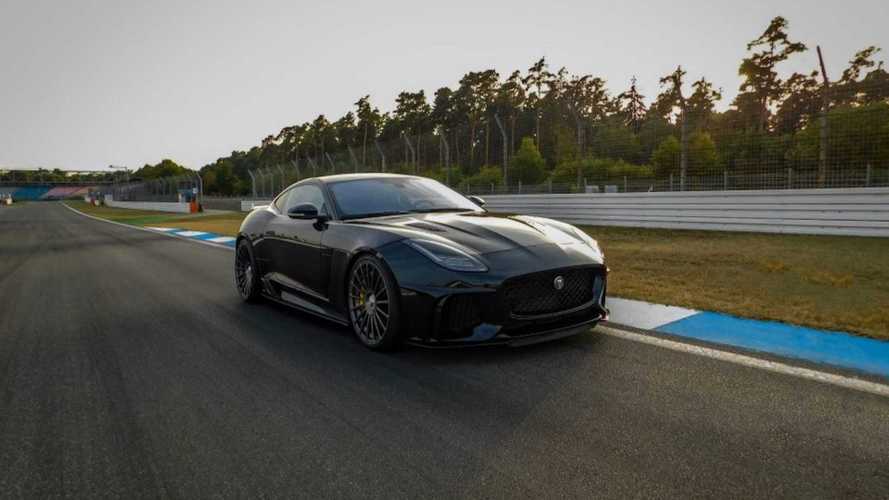 The German tuner has unleashed the animal inside the already-beastly F-Type SVR.

Ah, the Jaguar F-Type SVR. If there's any model in the British marque's lineup that could make its Italian and German counterparts quiver, it's probably this. It has made its mark in the fast-paced world of superlative cars, delivering exhilarating performance figures underneath its undeniably cool styling. 0-62 miles per hour? The F-Type SVR can do that in 3.5 seconds with its 567-horsepower supercharged V8 engine.

Now, if you think there's nothing you could ask for with this type of performance rating, think again. Arden begs to differ and introduces the AJ23 SVR.

The German tuner, which by the way has the knack to play with British brands like Mini, Bentley, and Land Rover, has unleashed the animal in the already-beastly F-Type SVR. Dialing up the engine "a bit," the AJ 23 SVR can produce 703 hp and 644 lbs-ft of torque, which could catapult the sports coupe from standstill to 62 mph in just 3 seconds – that's half-a-second faster than what a regular F-Type SVR can do.

To complement the new performance numbers, Arden lowered the AJ 23 SVR's suspension by as much as 30mm (1.18 inches) for better handling and a more stable cornering ability.

Pumped-up Jaguars by Arden are a hoot:

Arden Beefs Up The Jaguar F-Pace With 410 HP

Apart from its dialed up performance, Arden also spruced up the AJ 23 SVR by adding carbon fiber aerodynamic parts to the regular F-Type SVR. An illuminated Jaguar logo is added to the front grille, as well, to spice the coupe a bit. To add the icing to the cake, a set of 21-inch Arden Sportline GT Monobloc forged wheels have been used to go with the special side panels.

Arden has been affectionately calling the AJ 23 SVR as a "Race Cat." Well, that's one beastly cat right there that would be hard to tame. Watch the video below to see the cat roar in HD: