It also comes with a six-speed manual transmission. What's not to love?

Saab Automobile had a graceful run throughout its almost-seven-decade lifetime. The Swedish carmaker gave the world memorable models like the 900, 9000, 9-3, and the 9-5, but unfortunate events lead the automaker to its demise in 2012. Not totally, though, as NEVS took over the company to make 9-3-based electric cars without the license to use the Saab nameplate.

The 9-3 may have been reincarnated as a battery-operated vehicle, but we found the last of its breed being sold in Italy – and it's factory new.

This black 9-3 station wagon is listed on AutoScout24 as new, even with 90 kilometers (56 miles) on its odometer. Nevertheless, it looks fresh out of the production line even after several years of existence. With that, it could be the last new Saab you could buy in the world today. Talk about rarity.

According to the listing, this car was the last Saab produced by the company before its bankruptcy. It was brought to the Saab dealership in Pordenone but it was never sold. Aside from being the last of its kind, the 9-3 station wagon is powered by the brand's 130-horsepower TTiD4 Euro 5 turbodiesel engine, mated to a six-speed manual transmission. So, it's diesel and comes with a stick shift – what's not to love?

NEVS is making electric 9-3-based cars for China: 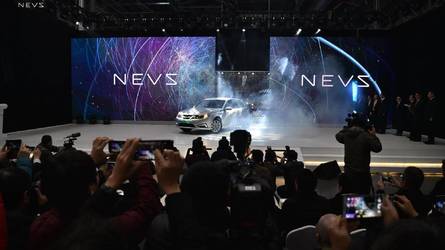 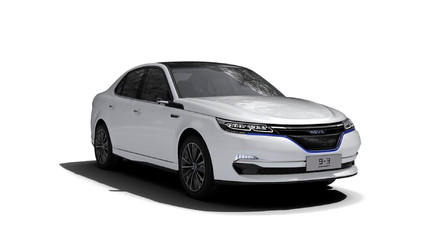 If you're thinking of buying this car just for the sake of it, prepare to shell out €31,000 (around $35,000 at the current exchange rates). Not bad, considering that this might be the last factory-new Saab you could buy today. You can also pay it a visit if you're in Italy at the Zanetti Omero & C. dealership in Pordenone.