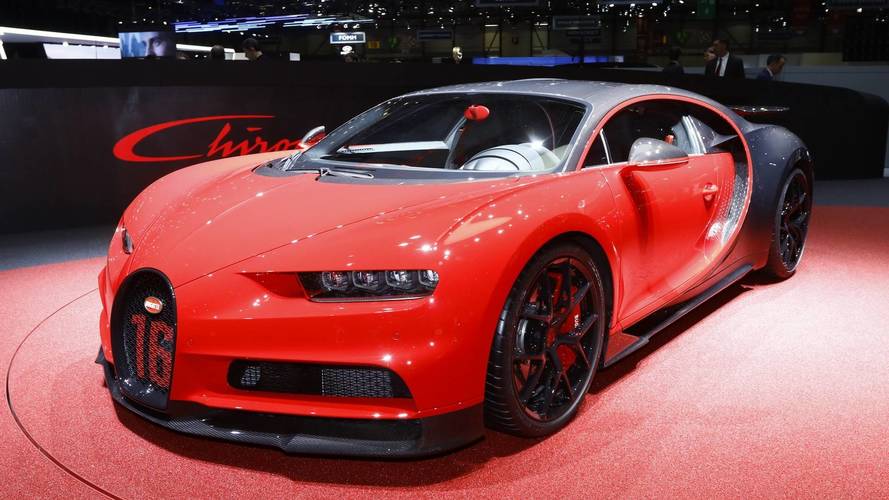 There won't be a roofless Vitesse variant, either.

When the Bugatti Chiron broke cover in 2016 with its glorious shape and 1,479-horsepower (1,103-kilowatt) quad-turbo W16 engine, the automotive world assumed the new king of speed had arrived. Its top speed was electronically limited to 261 – technically slower than the Veyron SS – but an official run with the limiter removed was always “coming soon.” There was even a very notable mention of the Chiron being the fastest production car in the world by Jeremy Clarkson in The Grand Tour’s second season.

But it isn’t. The Koenigsegg Agera RS holds the official record at 278 mph, ironically set before the aforementioned episode even aired. And now, two years after the car's high-profile debut, it appears the Chiron will never go for the gold, at least officially. In a recent interview with Motor Trend, Bugatti CEO Stephan Winkelmann said such a run isn’t happening.

“To me, a top speed run is not on the agenda,” he said, according to Motor Trend. “For me, performance has a lot of facets, and the Chiron besides being a hypercar is a car covering a lot more than other supersports cars.”

We can’t say we’re surprised to hear this, given the amount of time that’s passed since the Chiron’s arrival. That’s further supported by the Chiron-based Divo, a car that sacrifices top speed for increased handling prowess. Still, we’re rather disappointed that even a modest speed run to eclipse the Veyron SS wasn’t attempted. It reached 268 mph back in 2010 – a speed that many people believe is easily within the Chiron’s reach. Judging by this recent in-car video of the Chiron hitting its limited speed, we’re inclined to agree.

Why did Bugatti reverse course? Nobody really knows, at least outside of Bugatti executives. The automaker seemed ready to for the limelight with a highly publicized 0-249-0 mph (0-400-0 km/h) record run in September 2017, and everyone thought a top-speed dash was soon to follow. Instead, Koenigsegg stepped in with the Agera RS  just a month later and humiliated the Chiron, besting the hypercar in the same sprint by nearly six seconds. A few weeks later Koenigsegg beat Bugatti again, this time taking the top-speed title from the Veyron SS. Since then, the French automaker has been curiously silent on setting records of any kind.

300 MPH In A Koenigsegg Agera RS Is Possible
⠀

The interview features some other notable information. In addition to keeping the Chiron restrained, Bugatti has no plans to offer a topless Vitesse model, and it was suggested that a Supersport model may not arise, either. In some ways, it seems as though the automaker simply wants to move on from the car. We recommend jumping over to Motor Trend for the full interview, as it’s an interesting read to say the least.