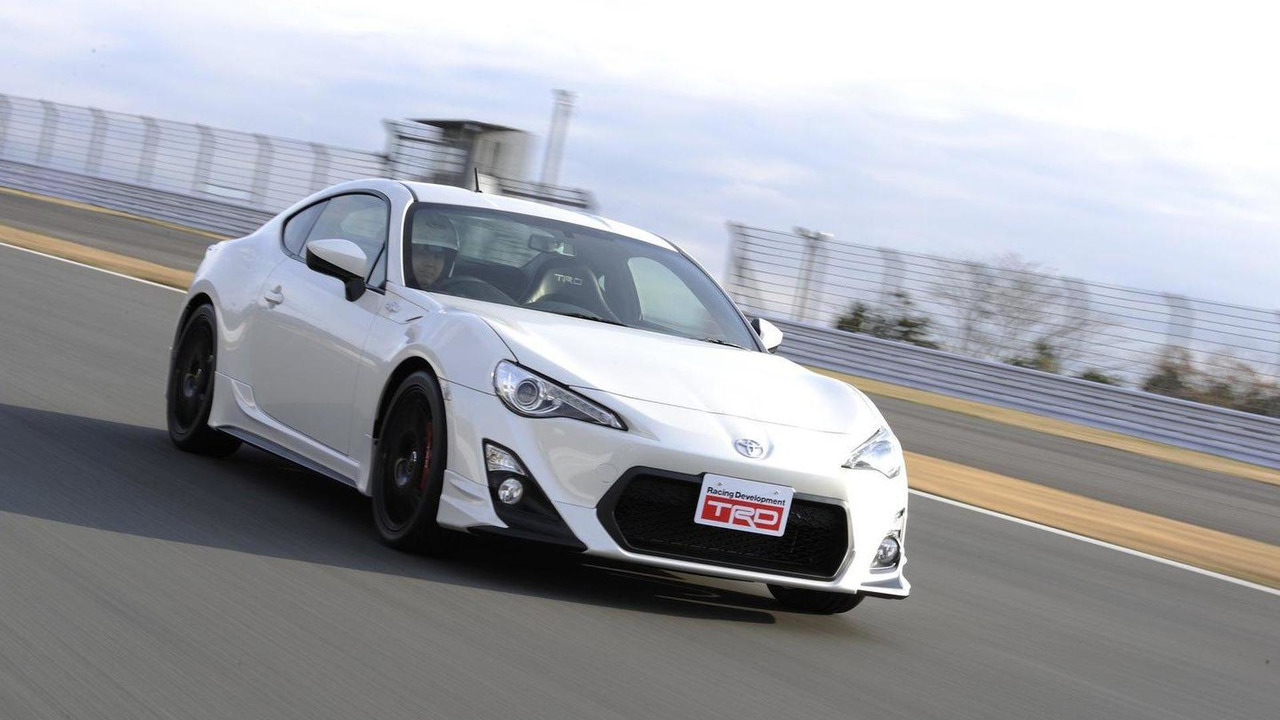 In the top spot, the new Toyota GT 86 has received two different versions each from TRD and Modellista. The GT 86 by TRD includes a full body kit, 18-inch wheels, front and rear anti-roll bars, a carbon front strut brace, additional cross-member braces and a sport exhaust system. Inside there are sports seats and new look instrument guages. The Modellista GT 86 is an exercise in modest exterior styling (see photo).

Another GRMN showcase is the Yaris Turbo Concept. Known as the Vitz in Japan power is boosted to 178 bhp (132 kW / 179 PS) from the 1.5-liter turbo engine. The suspension is track-prepared in addition to upgraded brakes and 18-inch rims.

Also on display is the FT-86 race car which competed in the famous Nürburgring 24 Hours race in 2011. The team has announced they will return again with a specially prepared GT 86 this year.

Other vehicles on display include the G Sports Mark X, Vellfire MPV and styled version of the Toyota Aqua hybrid and Prius+ MPV by Modellista and TOM'S.

Lastly, the Toyota Auto Fan Club has built a solar-electric powered version of the famous 2000GT sports car and the Toyota Engineering Society has crafted the TES-ERA EV, a futuristic EV coupe.

Full list of display cars in the press release below.