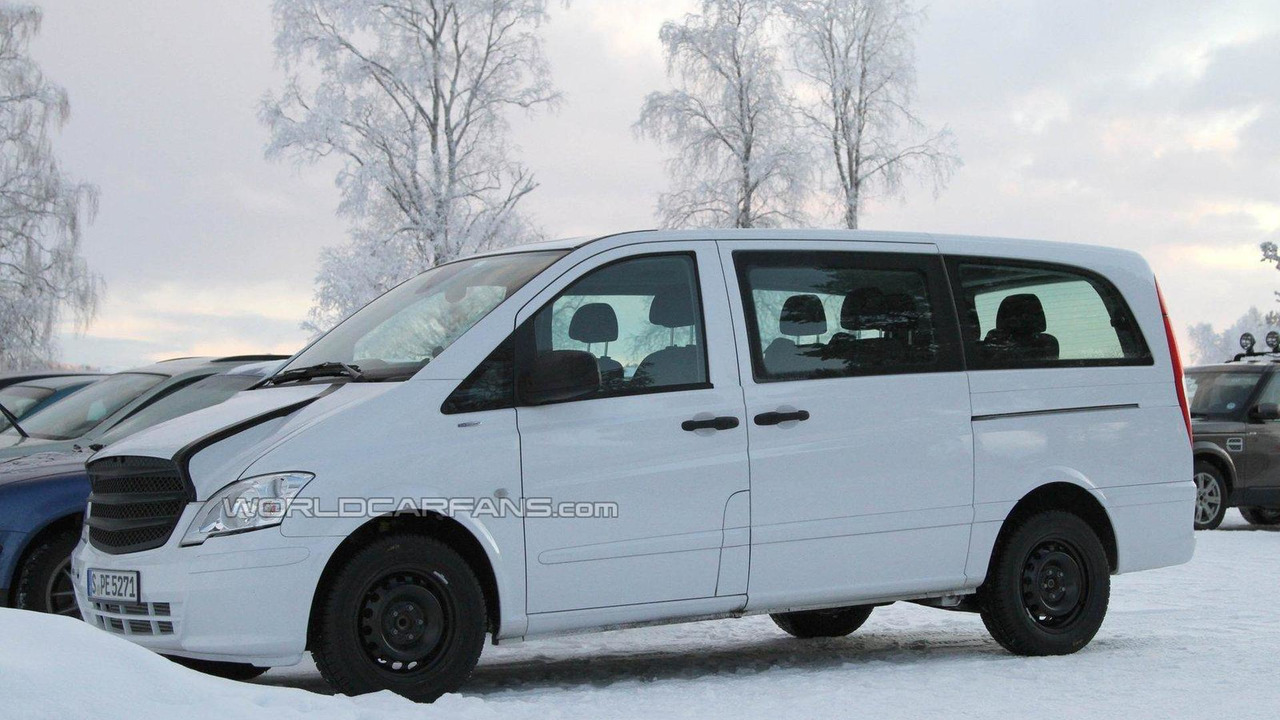 Development on the third generation Mercedes Benz Viano has begun as spy photographers have caught first pictures of a chassis test mule for the first time.

Development on the third generation Mercedes-Benz Viano has begun as spy photographers have caught first pictures of a chassis test mule for the first time.

The Mercedes-Benz Viano was introdcued in 2004 as a passenger version of the Vito commercial panel van and went on to receive a facelift in 2010 with revised bumpers and lights.

Spies inform us that different prototypes have suddenly been spotted around Europe, and all of them have this modified bonnet which is raised and has a bigger grill. We've seen this kind of technique used on other prototypes before, as the extra space is need for test equipment situated on the engine. Spies also report the wheelbase has also slightly changed.

We expect all of the luxury people carrier creature comforts and engines with BlueEFFICIENCY technology to carry over to the new generation and possibly plug-in hybrid and EV versions (ala Vito E-Cell) could go mainstream.