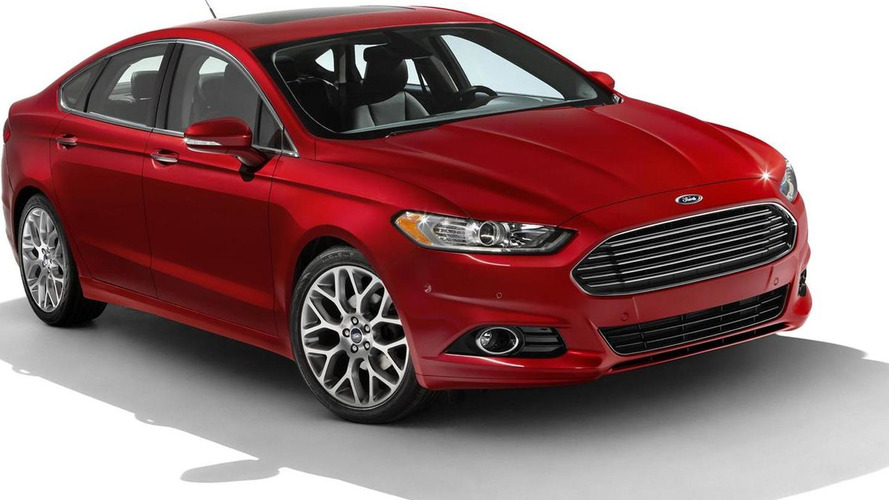 In an unprecedented offering, Ford is giving consumers a choice of gasoline, hybrid and plug-in hybrid powertrains, each of which are expected to achieve best-in-class fuel economy.

Ford is heading to the front-lines with their newest piece of artillary to do battle with segment leaders Toyota Camry and Honda Accord. In an unprecedented offering, Ford is giving consumers a choice of gasoline, hybrid and plug-in hybrid powertrains, each of which are expected to achieve best-in-class fuel economy. Furthermore, automatic start stop system, all-wheel drive and a choice between automatic and six-speed manual transmissions will be offered.

The Fusion Hybrid's batteries are now lithium-ion instead of the previous nickel-metal hydride. Not only is weight saved and more power produced as a result, but maximum speed under electric-only power is rasied from 47 mph to 62 mph. The Hybrid also receives an all-new 2.0-liter Atkinson-cycle four-cylinder gasoline engine, which delivers 47 mpg in city driving and 44 mpg on the highway which beats out the 2012 Toyota Camry Hybrid by 4 mpg city and 5 mpg highway and the 2011 Hyundai Sonata Hybrid by 12 mpg and 4 mpg, respectively.

For the design, Ford really wanted to capture a near premium-level. By keeping the exterior lines simple but sweeping the Fusion's profile sets it apart from the typical "three-box" designs synonymous with midsize sedans. Ford also strived to improve the visual quality of the interior with improved materials, elevated levels of craftsmanship and attention to detail.

Chris Hamilton, chief exterior designer for the next-generation model. "Our design goal for the new car was to give the mainstream sedan buyer a top-drawer visual experience, adding some emotional appeal to an already sensible choice."