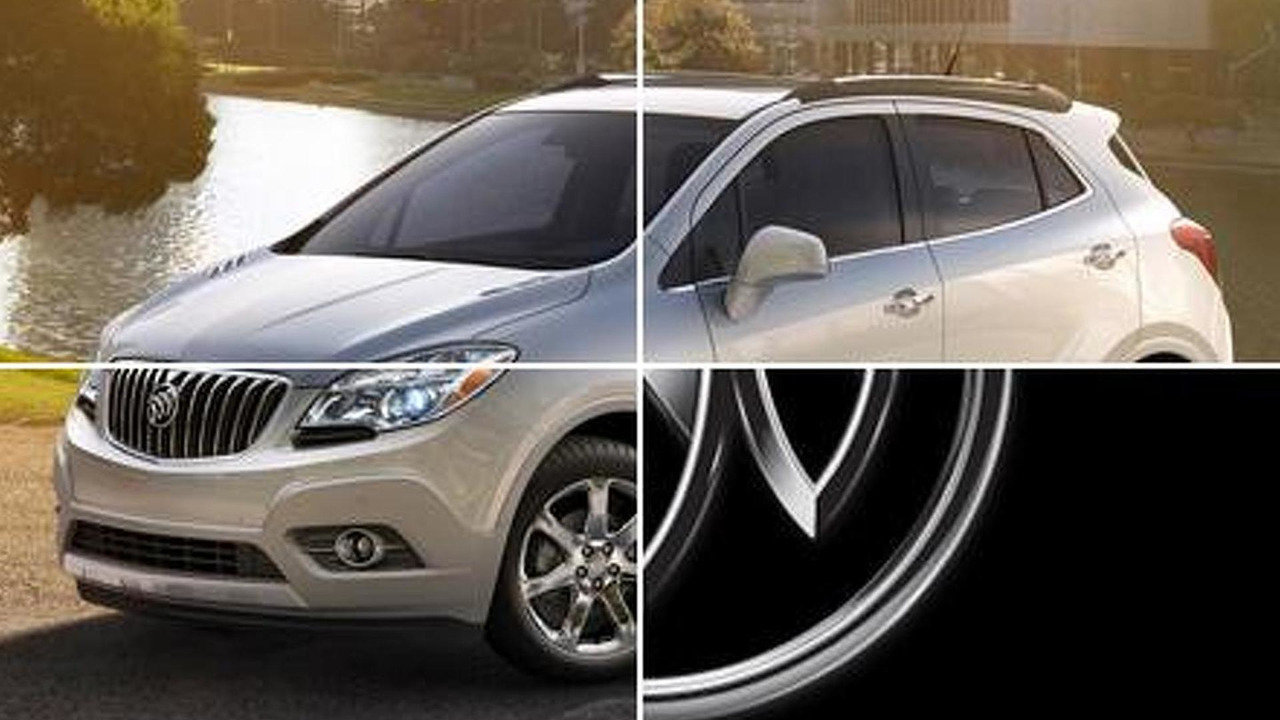 The teaser campaign continues as Buick has released another image of the 2013 Encore.

The teaser campaign continues as Buick has released another image of the 2013 Encore.

Previewed by the Envision concept, the model is a five-seat crossover that will slot beneath the Enclave. It features a waterfall grille, porthole vents and xenon headlights. There's also a sloping roofline and a distinctive greenhouse.

Specifications haven't been released, but the model will ride on the Gamma II platform which will also underpin an upcoming Opel / Vauxhall crossover. Power will likely be provided by a turbocharged 1.4-liter engine with 138 hp (103 kW / 140 PS) and 148 lb-ft (200 Nm) of torque.

The Encore will be unveiled at the North American International Auto Show on January 10th, so stay tuned for full details.