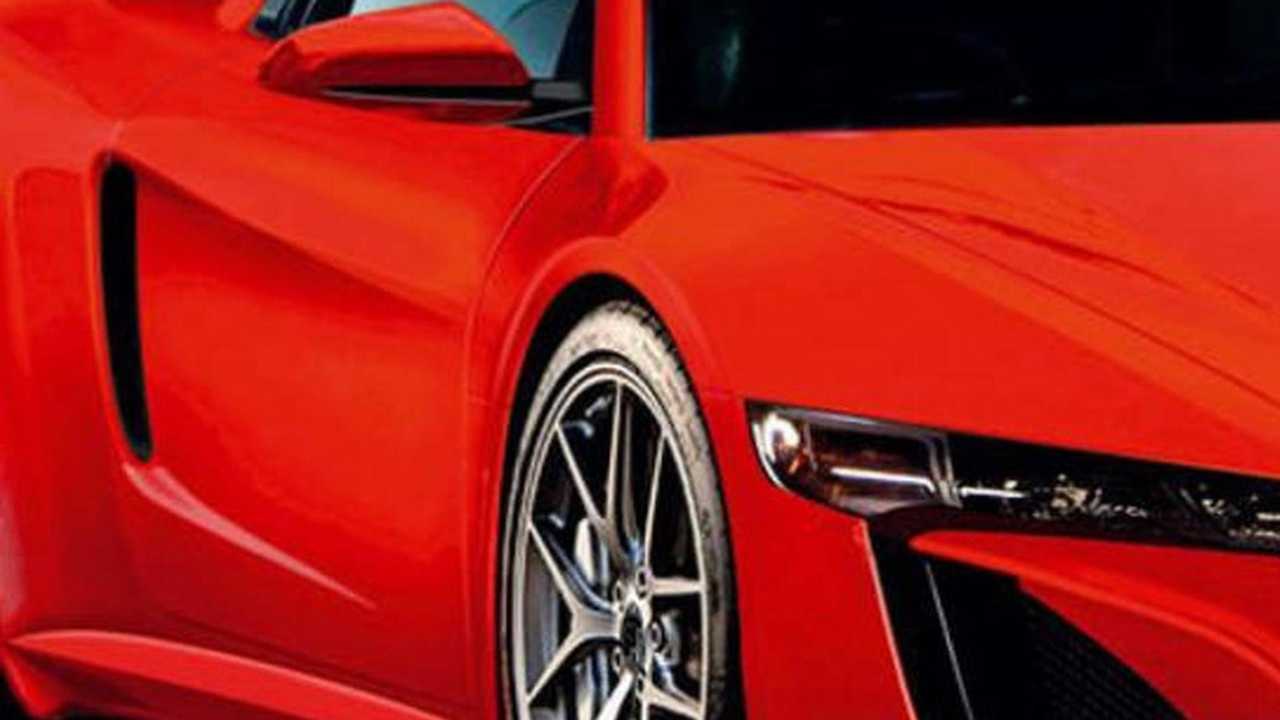 As previously announced, the Acura NSX supercar concept will take center stage in less than two weeks at the Detroit Auto Show.

Earlier reports placed a 3.5- to 3.7-liter V6 hybrid powertrain under the hood of the aluminum bodied NSX. Market launch is expected to take place in 2014.

Building on this info, British print magazine AutoExpress has reported the long overdue supercar aimed to compete with the Audi R8 will output 400 bhp (406 PS / 298 kW). The V6 engine will motivate the rear axle while two electric motors placed in-wheel will do the rest. 0-100 km/h will arrive in less than five seconds while undoubtedly achieving impressive fuel economy.

But the kicker is that the NSX will eventually be made as a roadster variant. Perhaps no stretch of the imagination as we have already seen spy shots of the alleged concept car with Robert Downey Jr on the set of the new Avengers movie, but we will find out soon enough.

Check out the source link below to see the full rendering.