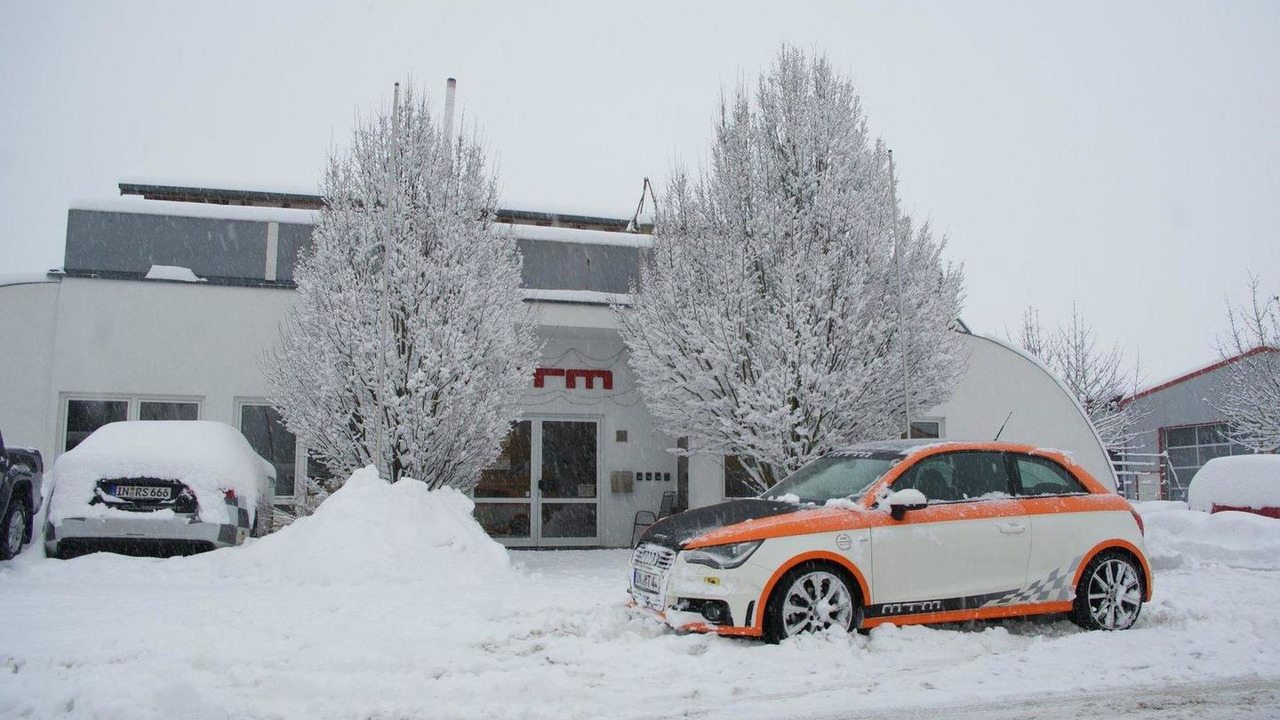 The dimunitive Audi A1 has been undergoing a metamorphosis lately transforming its image from trendy supermini to an aggressive sport compact.

The dimunitive Audi A1 has been undergoing a metamorphosis lately transforming its image from trendy supermini to an aggressive sport compact. Starting with the Audi A1 1.4 TFSI show car and then most recently the A1 Quattro, Audi has been keen to show us how sporty the A1 can be.

Volkswagen/Audi tuning specialist MTM spotted this potential right from the beginning and revealed the Audi A1 Nardo Edition in honor of the annual Nardo Highspeed event. Specifically tuned for achieving supercar top speeds the MTM Nardo Edition features a transversely mounted 2.5-liter 5-cylinder turbo engine from the TT-RS and RS3 and produces 500 PS (368 kW / 493 hp) with 600 Nm (442 lb-ft) of torque. It sends power to the front-wheels through a six-speed manual transmission with a limited-slip differential, which enables the A1 to accelerate from 0-100 km/h in 4.5 seconds and hit a top speed of 324 km/h (201 mph).

In this video by Sport Auto the A1 Nardo Edition clocks, as promised, an astonishing 324 km/h (201 mph) via a GPS receiver. Later in the video the A1 gets a Porsche 911 Sport Classic to move out of the way and then comically passes a BMW M3 E92 which is already going flat out.