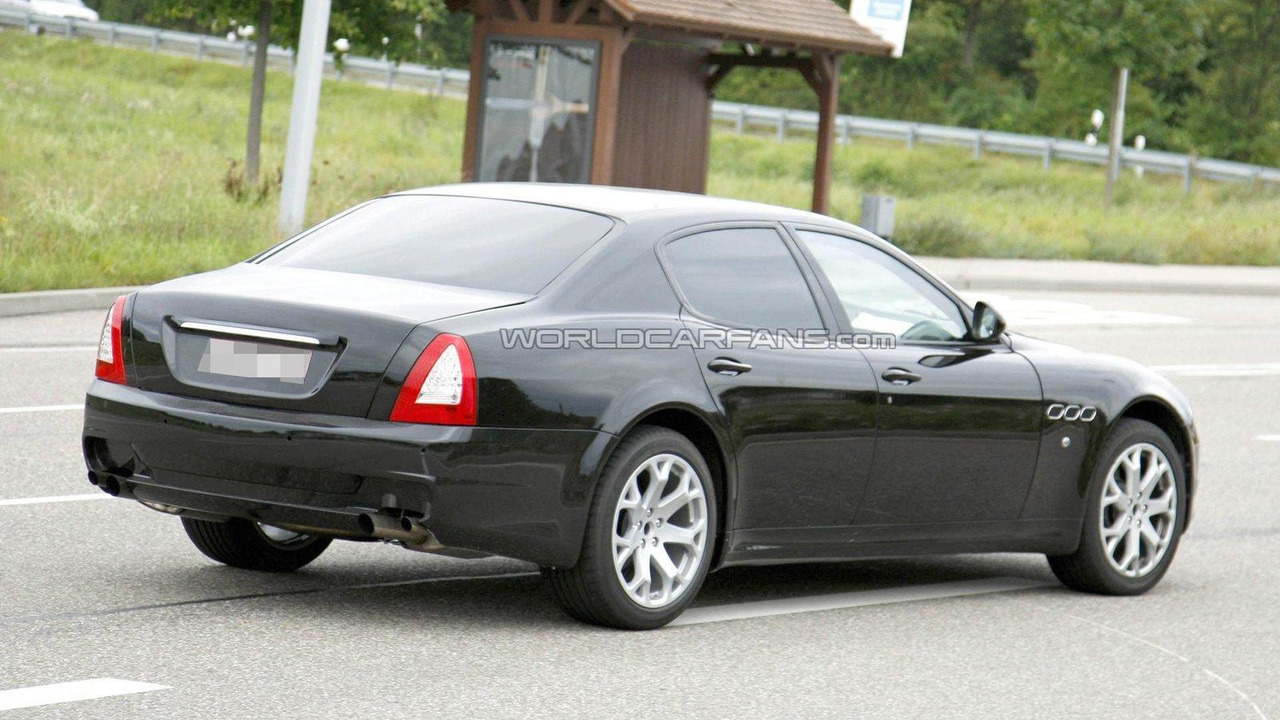 Marchettino has managed to catch a development mule for the next-generation Maserati Quattroporte (M156). See the footage inside

Youtube's Marchettino has managed to catch a development mule for the next-generation Maserati Quattroporte (M156).

Spied wearing a modified body, the prototype looks remarkably similar to a mule spotted back in October. Sadly, there isn't much to see but the prototype could be testing the car's new powertrain.

Speaking of which, the model is expected to feature a 4.7-liter V8 engine with up to 475 hp (354 kW / 482 PS). It could be connected to an eight-speed automatic transmission and an optional all-wheel drive system. That sounds rather promising, but there have also been rumors the car could get a twin-turbo version of Chrysler's Pentastar V6.

Regardless, the model will likely grow in size to make room for the 'baby Quattroporte' and better compete with the Audi A8, BMW 7-Series and Mercedes S-Class.