Why the Audi RS8 Burned 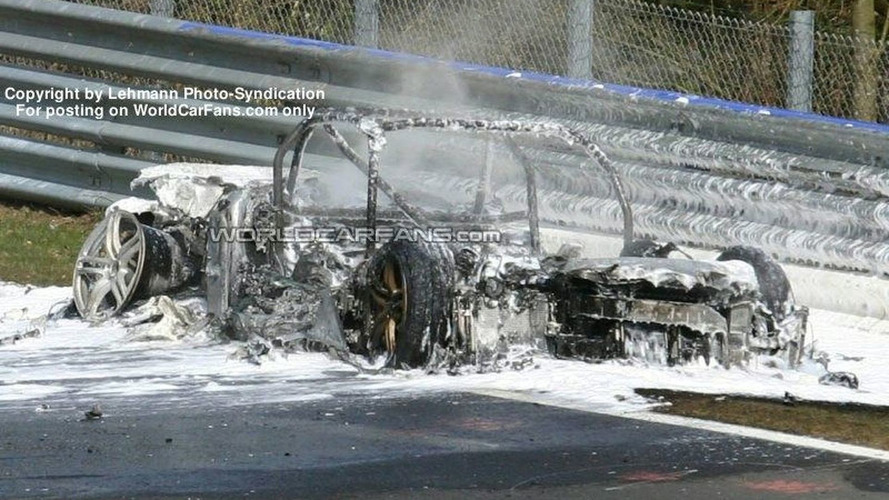 Other news is that Audi is developing an Audi TTRS with a new 5-cylinder 2.3 liter engine, producing 310 hp and is meant to take on the likes of the BMW Z4 M Coupe.

New V10 in the works

Back in July we pointed a blaming finger at an oil or gasoline leak, but now we know the true cause of the pictured blasphemy. quattro boss Werner Frowein spoke with Swedish journalists and revealed that the now famous burnt Audi R8 on the 'Ring was indeed a RS8 test mule. The test mule was equipped with the RS6 Avant twin-turbo V10 delivering 580 hp, but in the mid-engine set-up it also caused the Audi RS8 to catch fire due to the produced heat. To make matters worse, three test mules went up in flames in this manner.

Werner Frowein: “The 580 hp strong V10 will not be making it into the RS8, we are currently working on a ten-cylinder with just over 500 hp.” He also mentions that the RS models will start production earlier into the models life-cycle, as we mentioned earlier this week.

Other news is that Audi is developing an Audi TT RS with a new 5-cylinder 2.3 liter engine, producing 310 hp and is meant to take on the likes of the BMW Z4 M Coupe.

Furthermore, Nieuws.nl mentions that the Audi RS4 should not be too far off, which confuses us at the WCF newsroom since Audi tends to only produce one RS model at a time and the RS6 Avant just went into production. The RS4 should be powered by a V8 or bi-turbo V6 and compete with the Mercedes C63 AMG and BMW M3, but mr Frowein let nothing slip on the subject.

Gallery: Why the Audi RS8 Burned