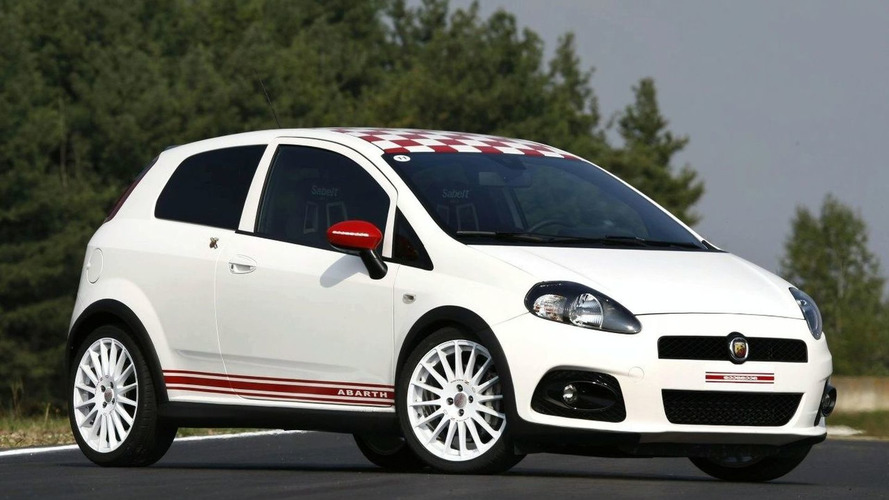 This is a performance kit reserved to the Grande Punto Abarth, to be installed only by the official Abarth Ã¢â‚¬Å“Assetto CorseÃ¢â‚¬Â preparation centres.

The Fiat Grande Punto Abarth SS Concept was shown to the world for the first time at the previous Frankfurt Motor Show. The production version of this Super Sport kit will make its official debut a little closer to home at the Bologna Motor Show next week and will be made available to the public early 2008.

The SS kit can only be installed by Assetto Derso preparation centres and only on either new Grande Punto Abarth's or ones less than one year old with under 20,000 km on the meter. What you get is twice the amount of power, 180 hp, than the Fiat non-Abarth'ed Grande Punto. This is in line with historic models like the 13 hp 1958 500 and the 26 hp Abarth version.