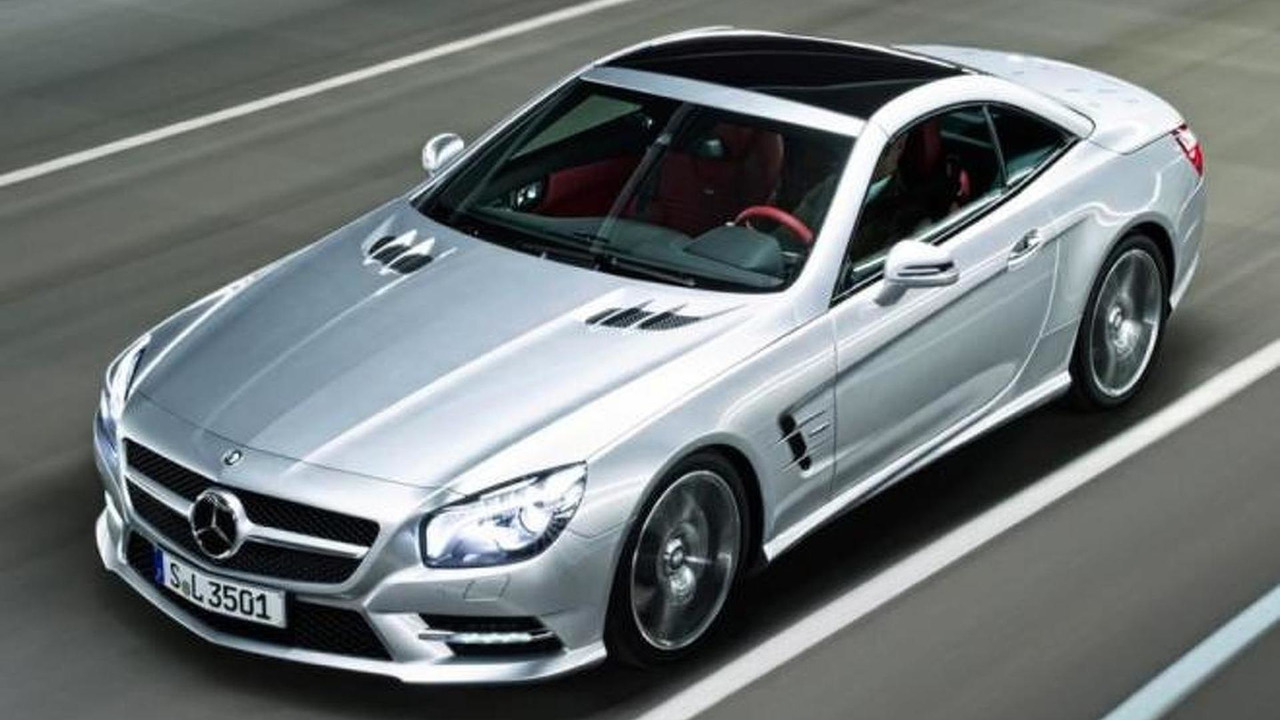 Although we have some reservations about the disproportionally shaped headlamps, the overall design is quite nice. Still, the almost identical resemblance to the new SLK-Class is a bit too strong for our liking - especially for a flagship roadster model that has such rich heritage. In previous generations you could always distinguish the two roadsters quite easily.

Despite this, we know the SL-Class will feature an aluminum unibody structure that enables the car to weigh up to 310 pounds (140 kilograms) less than the current model. Thanks to hydroformed beams and chilled cast longitudinal members the SL is 20 percent more rigid. And we all know increased rigidity means greater driving dynamics and responsiveness. The saved weight in conjunction with more refined engines means a 30 percent improvement in fuel efficiency over the current SL-Class.

Other "bells and whistles" that will features in new SL include Magic Vision Control which integrates the windshield washer nozzles into the wiper blades to ensure fluid won't be sprayed into the cabin when the top is down. There will also be a new Front Bass sound system which has two subwoofers mounted in the footwells for improved audio quality.