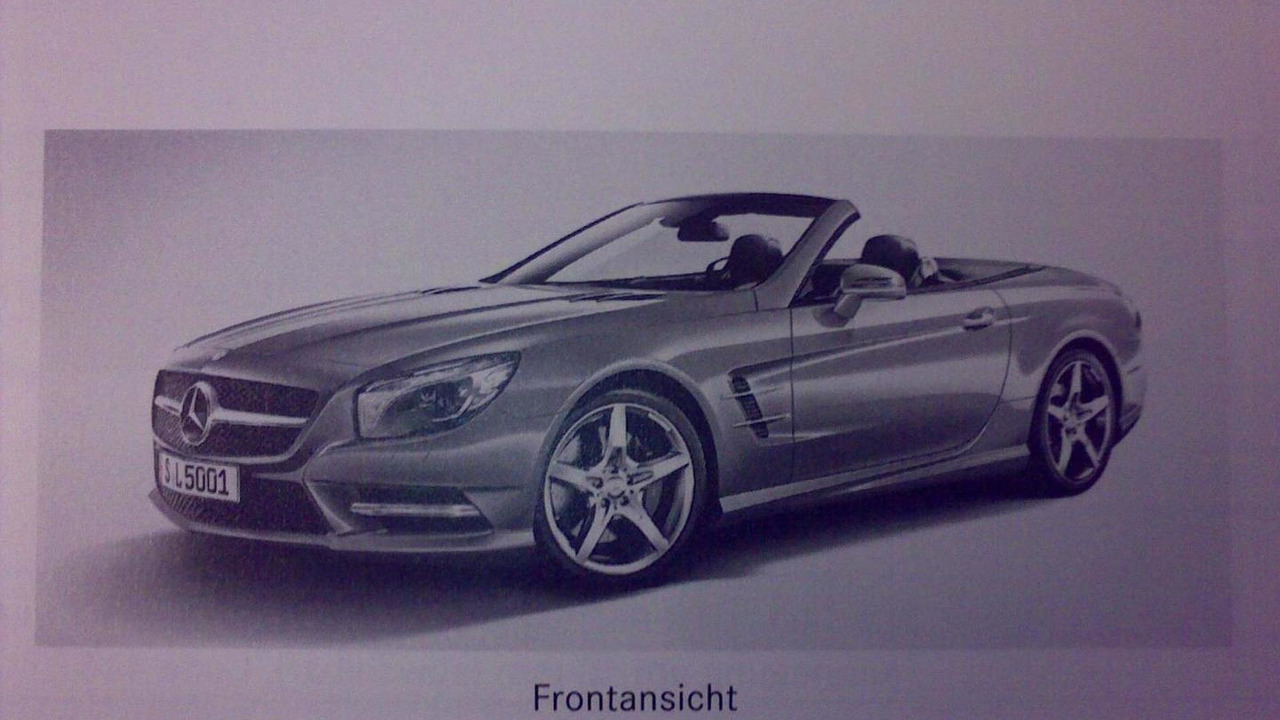 Thanks this time goes to Germancarforum user "ich", who has managed to get brochure pictures of the yet to be released 2013 Mercedes-Benz SL-Class.

The 2012 Detroit Auto Show is slowly creeping upon us and the anticipation is growing as the closely guarded secrets are expensively shielded from the public. This is obviously worthless if someone gets hold of precious promotional material ahead of schedule and releases it to the internet. Thanks this time goes to Germancarforum user "ich", who has managed to get brochure pictures of the yet to be released 2013 Mercedes-Benz SL-Class.

As expected, the styling follows in the vein of the Mercedes SLK which debuted in March at the Geneva Motor Show. The 2013 Mercedes SL's front fascia appears almost identical to its shorter sibling.

Beneath the sheet metal, the Mercedes engineers have worked on reducing the overall weight of the model. The roadster will adopt an aluminum-intensive design that enables the car to weigh up to 310 pounds (140 kilograms) less than the current model. The German automaker has also informed us the new SL is 20 percent more rigid than its predecessor and fuel efficiency has been improved by 30 percent.

Be sure to keep an eye on WCF for all official details ahead of its unveiling on January 9th 2012.