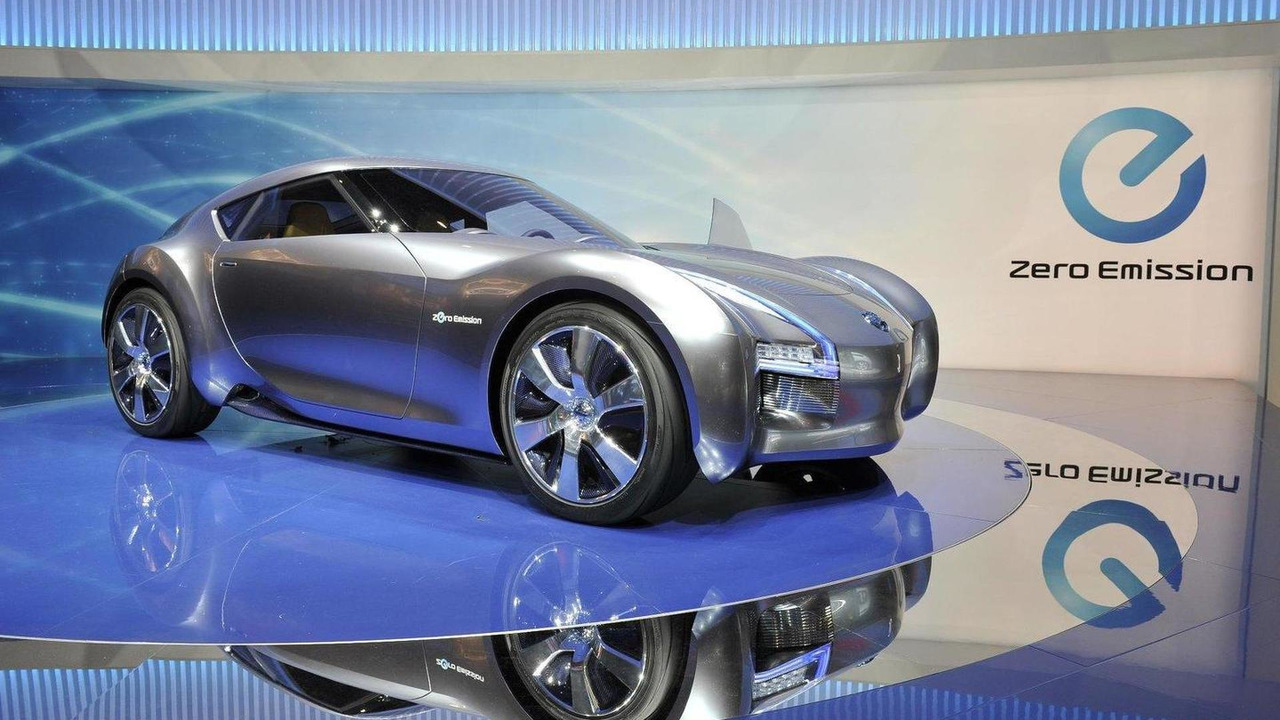 Nissan already has the Leaf electric vehicle selling in the US market, 2 further EV models are also planned but a mystery 4th model is being considered by the Nissan hierarchy.

Nissan already has the Leaf electric vehicle selling in the US market, 2 further EV models are also planned but a mystery 4th model is being considered by the Nissan hierarchy.

The Japanese manufacturer has already confirmed the US market will get a Leaf based luxury sedan and a small electric van for use as a commercial vehicle or taxi. The fourth model has three possibilities and according to insiders we can speculate as to what it will be.

The first option is a small city car that will slot below the Nissan Versa, however it would not be as small as Daimler's Smart fortwo which Nissan is co-developing alongside the aforementioned German company.

The second and probably most anticipated possibility is an electric sportscar that would have a similar sleek design to the Esflow concept (pictured). Unfortunately, this model is the least likely to make the cut as Nissan is focused on high volume models and a sportscar is unlikely to fit the bill.

Last but not least, Nissan is considering a Crossover or small minivan electric vehicle. We saw a possible design preview of this model for the first time last year in the form of the Townpod EV concept. Nissan's US execs believe this final option could appeal very well to the crossover-rich U.S. Market.

Whichever model the Nissan executives eventually choose, further considerations aside from the US market have to be taken into account. The electric vehicle will eventually spread from the US to become a global model, therefore the desires and tastes of the wide ranging European market will also come into play.