Last production MGB Roadster gets put through the window 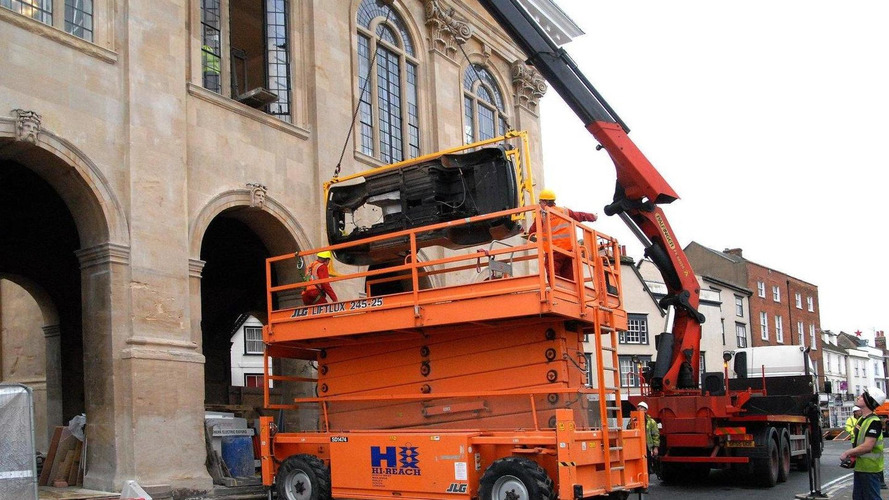 The very last produced MGB Roadster, owned by the Heritage Motor Centre, returned to its home town in Gaydon, England yesterday at the 17th Century Abingdon County Hall Museum. It is expected to reside there indefinitely.

In delivering the vehicle to the picturesque Grade One listed building, there was just one problem - the vehicle didn't fit through any of the building's usual entrances. The only opening large enough for the small roadster to pass through was one of the arched windows on the first floor. Furthermore, the MGB would have to be positioned on its side. But still, the endeavor would require many preparations to complete the task.

With just inches to spare, the MGB was carefully carried through, but not without first stripping the MG to its bare shell, fitting it to a specially designed cradle, and maneuvering it into the building via a gigantic 30 ton scissor lift. Finally, the car was rebuilt for public display.

The MGB was the last roadster unit to roll off the MG Car Company's Abingdon production line on October 23, 1980.

Gallery: Last production MGB Roadster gets put through the window