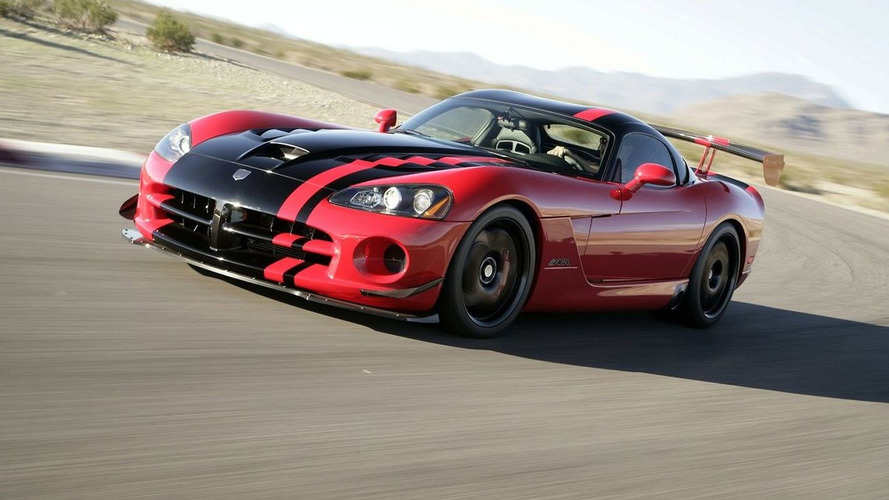 Take that Nissan and General Motors, you thought you had the Nurburgring record in the bag, but you didn't see this one coming.

The story behind the run started when the Viper Club of America got so pissed off at seeing its arch rival take the lap record, that the bugged the Dodge Street & Racing Technology team until they relented. The team then hired the ring for half a day on August 18th, shipped not one, but two Viper ACRs over to Germany and hired a pro WTCC driver Tom Coronel who has experience of racing in the 24 hours at Nurburgring.

Apart from a Racetech seat with a six-point harness, both of the ACRs used in the run were factory spec fitted with the Hard Core package. This package is popular amongst 10% of the Viper's customers, it sheds 40 pounds off the curb weight by removing a number of non-essential components such as the audio system, trunk carpet, rear cabin sound insulation, tire inflator kit, hood insulator, and steel battery cover.

Now comes the point of whether this lap record can be officially counted. The laps completed by the GT-R and ZR1 were reported to be in completely unmodified factory spec cars, however after early warm up lap times of 7:42 and a 7:35 some slight modifications were made. Colonel complained of some slight understeer on medium to high speed corners so the engineers stiffened the front and rear dampers.

The record run was a satisfactory conclusion for the team however there is belief this model could get well below the 7:20 mark.