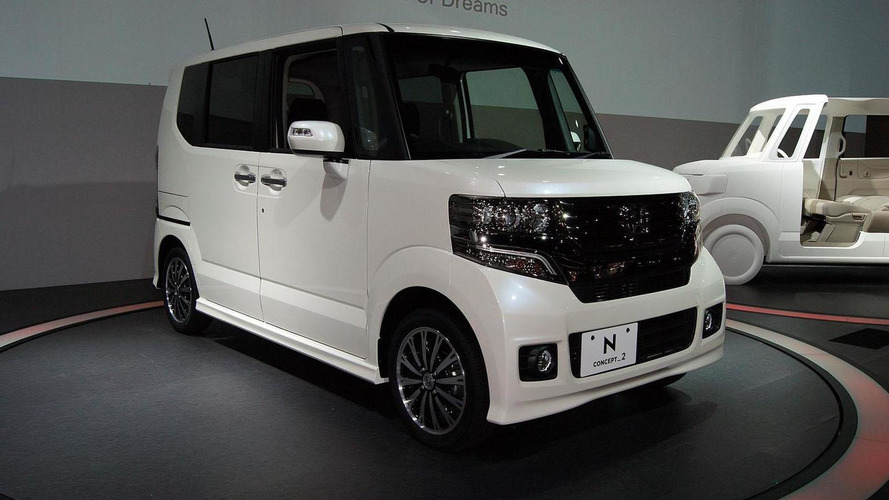 Described as a mini-minivan, the N BOX is a compact four-seater with a 660cc engine and a continuously variable transmission.

Honda has introduced the 2012 N BOX in Tokyo.

Described as a "mini-minivan," the N BOX is a compact four-seater with prominent wheel arches and sliding rear doors. The range-topping Custom variant is distinguished by an aggressive front bumper, restyled headlights, larger wheels and additional chrome trim.

The cabin is relatively sparse, but Honda says the N BOX is one of the most spacious vehicles in its class. Highlights include a three-spoke steering wheel, a push-button ignition and an optional navigation system.

Under the hood, two 660cc engines are available. Specifications were not released, but one is naturally-aspirated while the other is turbocharged. Regardless of which mill is selected, it is paired to a continuously variable transmission. Front-wheel drive is standard, but all-wheel drive is optional.