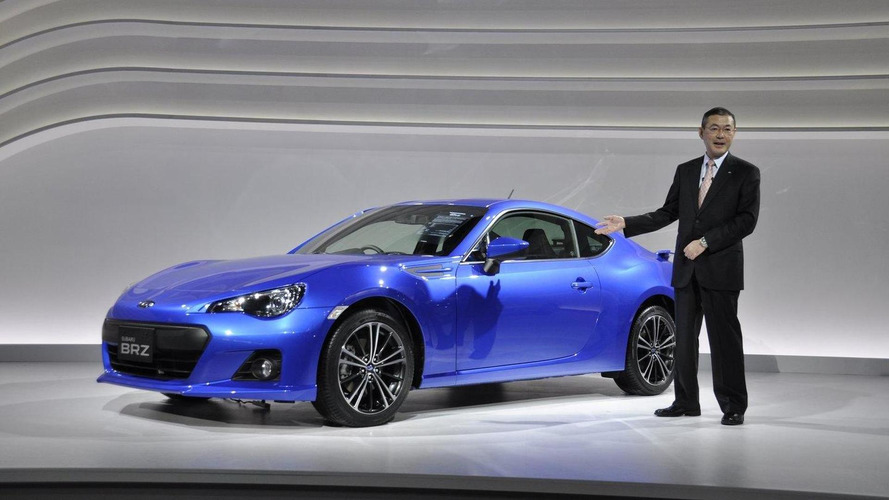 Subaru has unveiled the all new BRZ to Tokyo Motor Show media and we also get the first real pictures of the model.

The rear-wheel-drive BRZ was developed in conjunction with Toyota. It is equipped with Subaru's horizontally opposed 2.0 liter boxer engine which incorporates Toyota's direct injection and port injection technology (D4-S) and pumps out 200 PS (147 kW / 197 hp) and 205 Nm (151 lb-ft) of torque. The engine has been positioned lower than any engine found in a Subaru to give the model an ultra low center of gravity and maximum driving performance.

The kerb weight has been officially stated at 1220 kg (2690 lbs), but unfortunately Subaru has yet to release any data on performance.