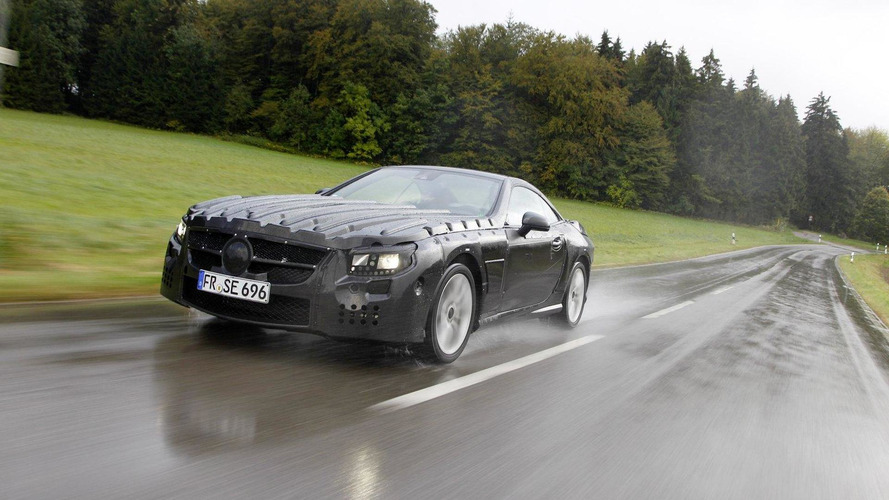 Mercedes releases several camouflaged shots of the upcoming 2012 SL-Class. The model will debut early next year.

Mercedes-Benz has released several images of the upcoming 2012 SL-Class.

The car is still wearing camouflage but the set of images include brochure shots (in German) on the new Magic Vision Control and FrontBass system which we previously reported on.

To reiterate, the new SL-Class will feature a full aluminum bodyshell which will make the model reduce overall weight by about 140 kg (308 lbs) compared to the previous SL.

The new features are Magic Vision Control which cleans the windscreen without any disruptive spraying and the FrontBass system which uses the free spaces in the aluminium structures in front of the footwell as resonance for the bass loudspeakers. That makes for a crispier sound even with the top down.