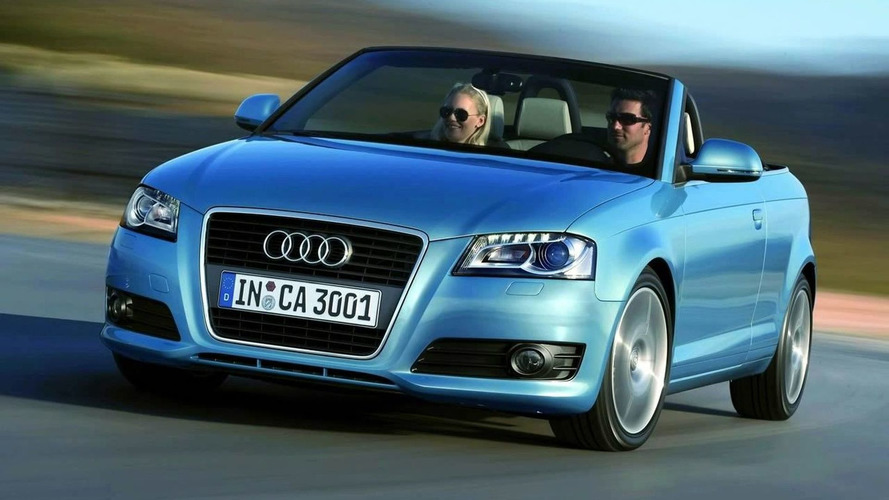 The open-top Audi A3 is the premium option in the compact class. It offers the sporting genes of the A3 coupled with the uncompromising quality that distinguishes every Audi model.

As promised, Audi presents the world premiere of its third A3 body variant, the Audi A3 Cabriolet, which also marks the start of production at the Györ Hungary plant. Tooling of the factory started in 2006 at a cost of 5 million EUR.  The A3 Cabriolet will be assembled next to the Audi TT Coupe and Roadster at a combined capacity of 300 units per day.

Going for an elegant coupe-like sportiness, the A3 features a classic fabric top with a large heated rear window which will be available in black, blue and red. For the fully automatic version, the fabric top opens hydraulically in 9 seconds while a semi-automatic version requires some hands-on application. The rear seat backs can be folded down, allowing luggage capacity from 260 to 674 litres, whether the convertible top is up or down and the drop top can be opened and closed at speeds of up to 30 km/h.

Like all convertibles, the A3's inner body structure has been strengthened with an assortment of high-strength steels ensuring maximum rigidity and crash safety.

The Audi A3 Cabriolet will be available in the Attraction and Ambition equipment lines, with the later including 17-inch aluminum wheels, sports suspension and sports seats, amongst other features. Also, an S line exterior package and S line sports package including 18-inch wheels are available from quattro GmbH.

For the exterior the A3 Cabriolet gets an updated front end to match the newest Audi models, particularly in the new "wing", chrome vapour-coated wing-shaped contour design, headlamps including the ever visible LED daytime running lamps, which come with the optional Xenon units. The rear of the vehicle has also been redesigned with focus on the tail lamps which closely resemble those found on the new Audi A4.

Sales kick off in Germany early February, just in time for the top dropping spring season. See press release below for further details.