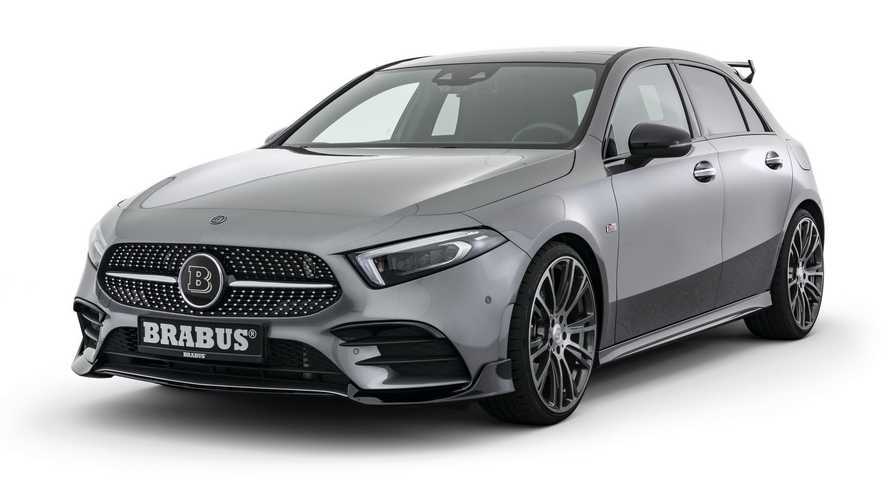 It can't match the performance of the A35, but it's still a properly quick hatchback.

One of the first tuners to take a crack at tweaking the fourth-generation Mercedes A-Class is unsurprisingly Brabus. The talented engineers based in Bottrop decided to work on the hottest version of the premium compact hatchback, excluding the AMG-badged A35 and the forthcoming A45. We’re talking about the A250 available with either a standard front-wheel-drive layout or a grippy 4Matic setup.

There’s more to Brabus’ A-Class W177 tuning program than an upgraded engine as the feisty hatch has also gone through a series of visual changes. For those who like to show off, wheels up to 20 inches in size are available, as is a roof-mounted rear wing similar to some extent to the one installed by AMG on the recently launched A35.

Also at the back, those quad finishers belong to a new stainless steel exhaust system equipped with actively controlled flaps allowing the driver to choose the desired soundtrack. Interestingly, Brabus mentions the exhaust doesn’t necessarily have to feature the look-at-me quad setup as those who prefer to keep a low profile can ask the tuner to hide the exhaust tips underneath the bumper like on the regular A250 / A250 4Matic. Should you want to go all out, there’s also a diffuser further enhancing the A-Class’ sporty vibe.

Here are other recent Brabus projects:

As with virtually all projects from Brabus, the car’s already plush interior cabin can also be subjected to quite a few changes. There are numerous leather and Alcantara upholsteries to choose from, along with trinkets such as illuminated stainless steel scuff plates, aluminum pedals, and even velour floor mats.

As a final note, Brabus mentions it’s already working on power upgrades for diesel-fueled versions of the A-Class.