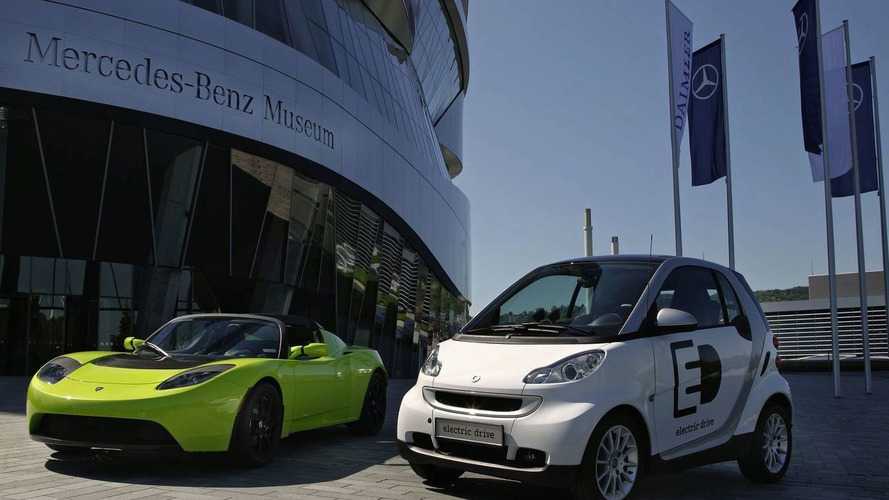 Tesla has signed a letter of intent to develop an electric powertrain for an upcoming Mercedes. It be the rumored B- or S-Class EV.

Tesla has released their third quarter earnings statement which reveals some interesting new details about the company's future product lineup.

First and foremost, Tesla posted a loss of $0.63 per share (on a GAAP basis) despite revenues of $58 (€42) million. Given this result, the company reassured investors they weren't wasting their money by saying "We believe in purchasing used tooling and equipment for pennies on the dollar and buying low cost desks from IKEA, rather than spending large sums of money on architectural and interior design."

Besides acknowledging their cheapskate nature, Tesla announced they signed a letter of intent to develop an electric powertrain for an upcoming Mercedes. According to Tesla, "Details of this deal remain confidential, but will be announced in the coming months." This is interesting because Tesla specifically mentions the A-Class EV, so the mystery model could be something else altogether - perhaps the rumored B- or S-Class EV.

As for Tesla's own products, the company plans to launch the Model S no later than July 2012. Additionally, the Model X is "beginning to mature" and an unveiling is still scheduled for later this year.