An Audi to Make Hearts Beat Faster: Abt R8 Debuts at Essen 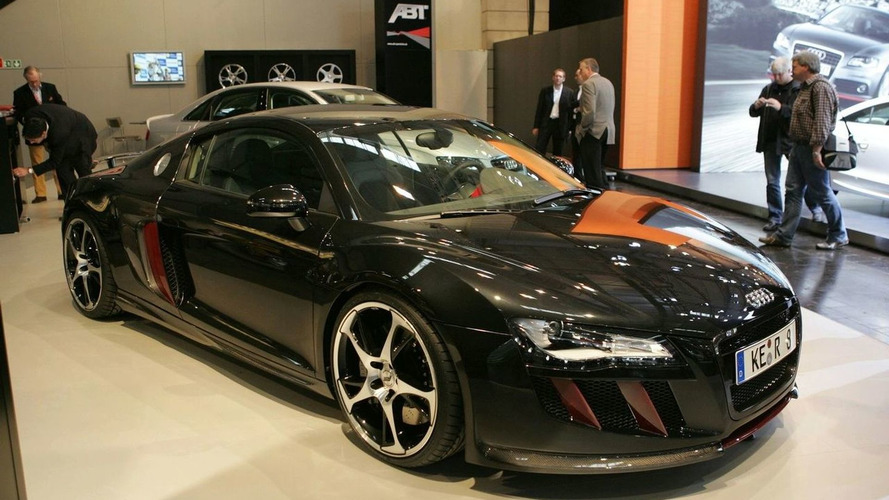 Abt Sportsline have debuted the final version of their re-worked Audi R8 sports car, introducing a number of modifications both over production vehicles and the preview illustrations shown earlier this year.

Abt Sportsline have debuted the final version of their re-worked Audi R8 sports car, introducing a number of modifications both over the production vehicle and the preview illustrations shown earlier this year. Boasting a drivetrain aimed at inducing faster heartbeats and design elements evoking a sense of dynamism even when standing still, this R8 is a sports car to stir the soul.

Producing no less than what Abt describe as an automotive marvel of engineering and design, the Abt R8 features a carbon-fiber dominated body kit consisting of front, side and rear skirts, rear wing and two-piece side blades. Since the release of screaming orange R8 illustrations, a major styling revision is the change from horizontal to vertical slats sported on the front end's side air intakes.

With regard to technical excellence, the Abt R8 has undergone fine-tuning to suspension upgrades for improved road holding, featuring Abt springs and car lowering, while an Abt sports brake system with discs of 380 mm diameter sets new standards in responsiveness. Previous talk of a 530 hp Abt supercharged 4.2-litre V8 has disappeared from the specsheet, with nothing as yet alluded to in the new press release. Based on previous reports, a top speed of 317 kph and 0-100 kph acceleration in 3.9 seconds is to be achieveable.

Two new equipment versions will be available dubbed 'Extravagant' and 'Exclusive', adding new options such as lighter body panels to further customise the R8. Read on for further details.

Gallery: An Audi to Make Hearts Beat Faster: Abt R8 Debuts at Essen