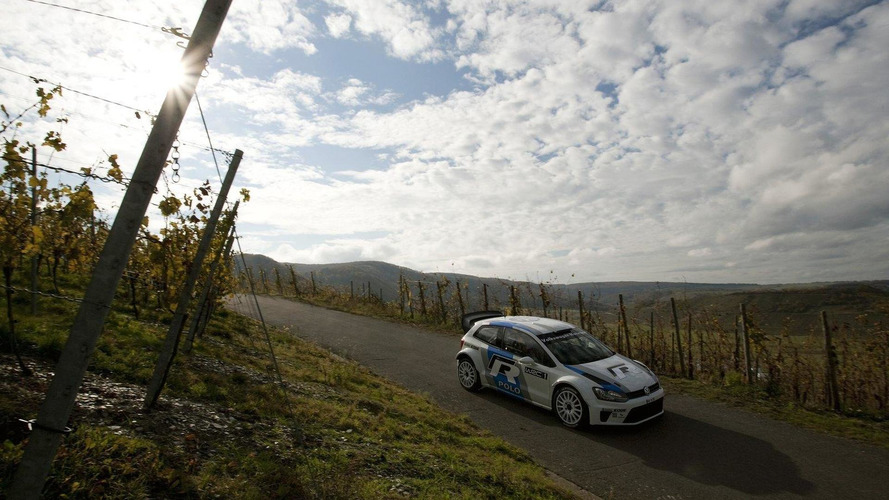 Testing began in Germany with two-time WRC champion Carlos Sainz at the wheel along with Dr. Ulrich Hackenberg, member of the VW board of management for technology who also shared the driving duties.

The first test kilometers were driven by Dr. Ulrich Hackenberg, member of the VW board of management for technology, along with a two-time World Rally Champion, the Spaniard Carlos Sainz. An initial test run of around 100 kilometers took place in the vineyards of Veldenz near Trier in Germany, on the same 2.8 km tarmac circuit used for the ADAC Rallye Deutschland.

VW Motorsport plans on entering WRC racing in the 2013 season.

Says Volkswagen Motorsport Director Kris Nissen: "Next year we'll be running an extensive testing programme on tarmac, gravel, mud and snow in order to prepare ourselves for the 2013 season as best we can."