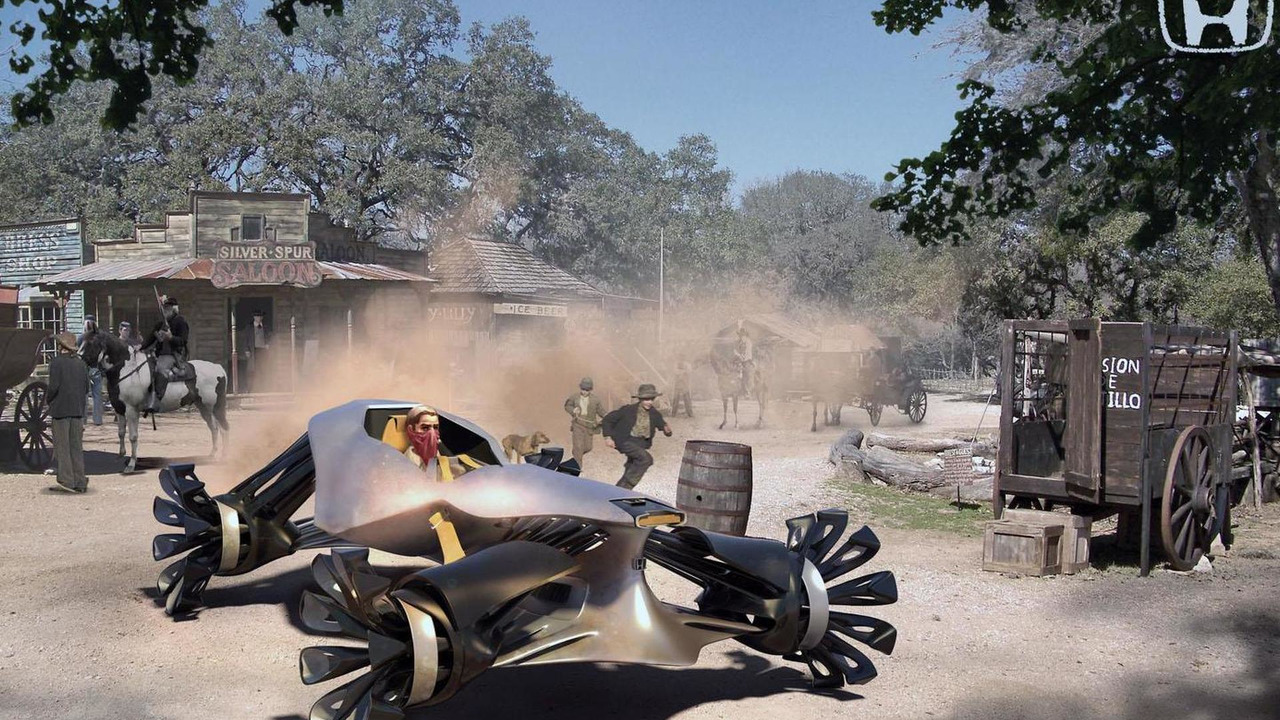 The Los Angeles Auto Show is just a few weeks away and the entries for the Design Challenge has been announced.

The Los Angeles Auto Show is just a few weeks away and the entries for the Design Challenge has been announced.

For this year's challenge, design studios were asked to envision a vehicle and movie the car would star in.

First up, the Honda IH (Intelligent Horse) was created for High Noon which takes place a hundred years in the future after an asteroid impact has wiped out society as we know it. Built for "hot, dry and dangerous environments," the IH will allow survivors to fight for survival amid a sea of lawlessness.

The Hyundai Stratus Sprinter, on the other hand, was envisioned for Countess Elena - a vampire who sets out to stop the "negative effects of communism" following World War II. As such, the Stratus Sprinter is a multi-purpose vehicle with an airship counterpart and an invisibility cloak.

Next up, the Mercedes Silver Arrow is the ride of choice for two crash test dummies in Silver Lightning. The movie follows Hans05 and Franz02, who fight Dr. Crash-Barrier's reign of terror.

The Smart 341 Parkour is envisioned for Annie Angle who attempts to find missing grandmothers using her car that can fly and stick to the sides of buildings.

In Divided, a four man team uses the Subaru HORIZON to find a rare mineral which is desperately needed to save humanity after the Earth's rotation has stopped.

Lastly, the Maybach Berline is envisioned for a modern-day Cinderella story. As such, the movie follows Cindy who has an "amazing night out, where she meets a handsome stranger."

The winner will be announced on November 17th but, in the meantime, feel free to share your comments.