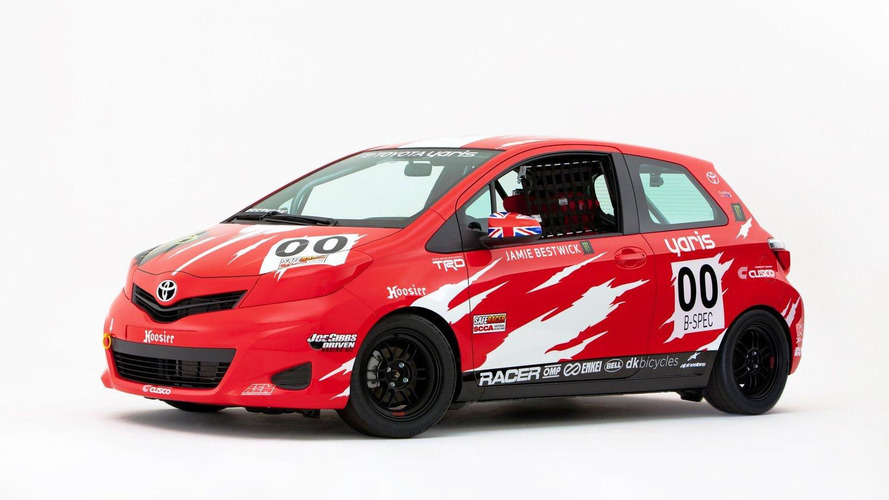 The racer will compete next year in the SCCA B-spec class in hopes of making the 2012 SCCA National Championship Runoffs.

Toyota has introduced the Yaris B-Spec Club Racer which will make its debut at the SEMA show in Las Vegas this week.

The Yaris B-Spec Club Racer is a creation of SportsCar Magazine and will compete next year in the SCCA B-Spec class in the hopes of qualifying for the 2012 SCCA National Championship Runoffs. The racer will be driven by Jamie Bestwick.

Power comes from a 1.5 liter VVT-i of unspecified output and the racer is outfitted with a SCCA-spec roll cage and a six-point FIA-spec harness for the driver.

See the press release below for full specifications.