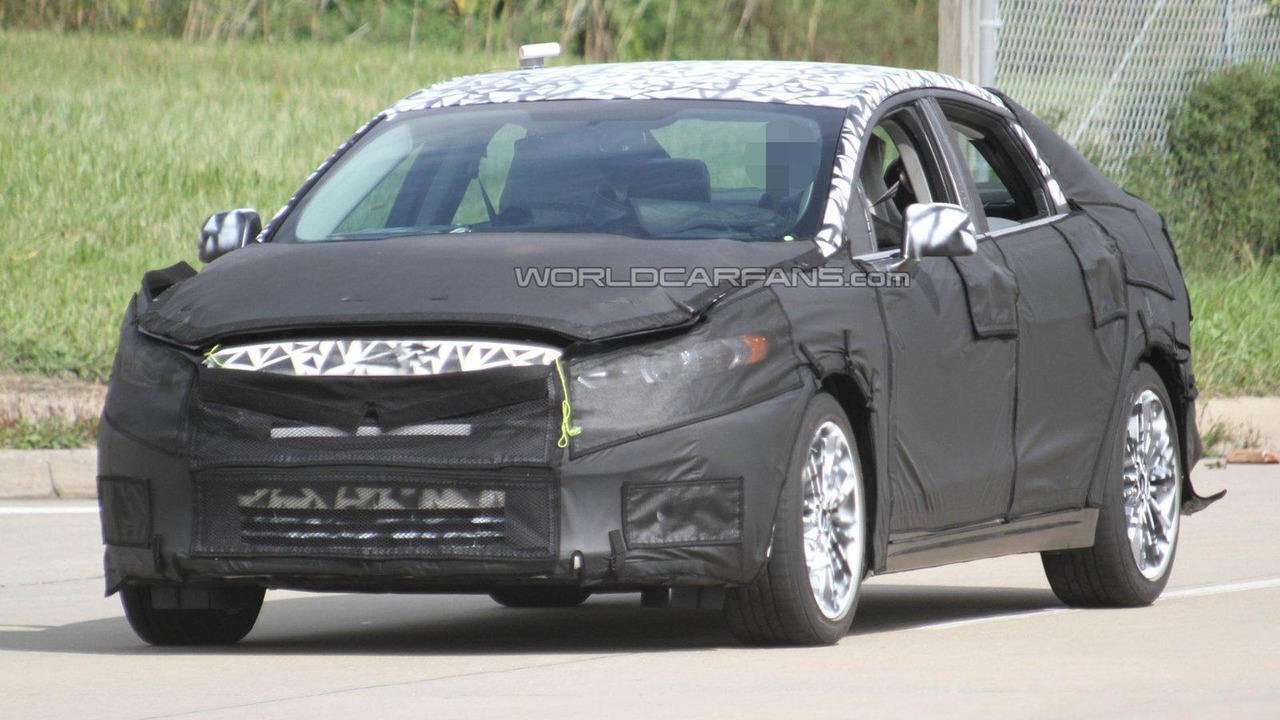 Here are new spy shots of the next-generation Ford Fusion/Modeo.

With this second generation Fusion model we see Ford applying their global design strategy. However, unlike the Ford Focus and Fiesta models which are available globally in essential the same form, Ford has decided to keep the nameplates the same for their respective markets but while using the same mid-size vehicle.

The Mondeo is, of course, the European edition which is sold in global markets, while the Fusion will be the North American model also sold in most Latin American countries and in the Middle-East. The current Fusion is built on a Mazda platform, separate from the Mondeo.

These shots were taken just outside a Ford facility in Michigan, and what we see is a mid-sized sedan with a sloped, though bulky shape and with high shoulder lines.

For the European Mondeo, we expect a series of frugal diesels and small petrol engines along with powerful 2.0 liter EcoBoost engines for sportier variants.

Stateside, the new Fusion should continue to feature a hybrid variant with improved mileage over the current edition.