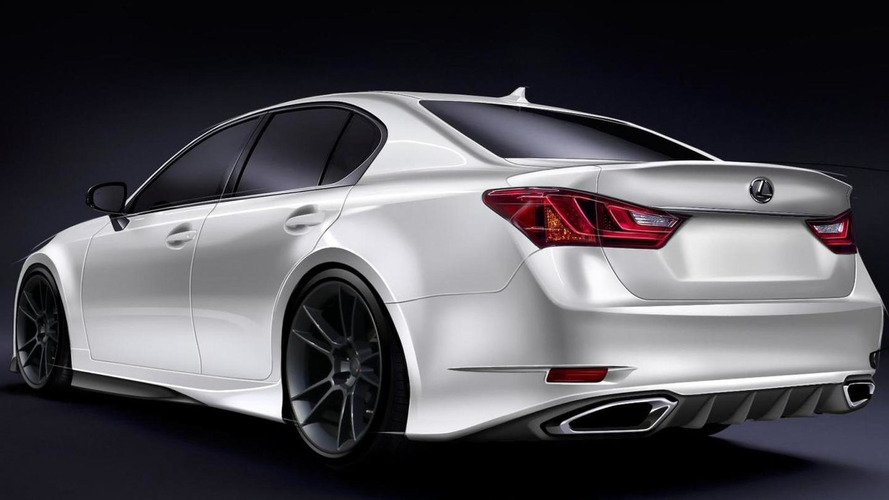 Starting with Five Axis, Troy Sumitomo has re-fashioned a Lexus GS 350 titled Project GS F SPORT. It features Glacier White Paint with custom Slate Gray accents, an AirRunner TC-5 air suspension system and custom fabricated exhaust with dual finishers. The Project GS F SPORT is a one-off show car built for SEMA only. For performance upgrades you'll have to look somewhere else at SEMA as no powertrain modifications were made.

Another Five Axis project takes the CT 200h and adds a custom widebody conversion, a striking JDSU "Dark Passage" paint and a TEIN flex coilover suspension. The intention of the project is to shake the mundane image associated with hybrids and make it "fun-to-drive". Besides the suspension and fancy exterior paintwork the only other area to be cutomized is the interior with laser etched Ultrasuede EcoDesign seat inserts and headliner. There are no upgrades under the hood on this one either.

Next in line is VIP Auto Salon. Known for their extreme designs. This custom Lexus IS 350C gets a Chameleon paint job and features a Seibon carbon fiber hood, a high-performance exhaust system, F SPORT lowering springs, Bilstein shock absorbers and F SPORT 19-inch full-faced forged alloy wheels. But unlike the Five Axis show ponies, this IS 350C gets a dash of hot sauce with a Power Enterprise rotex supercharger kit by Apexi producing 386hp and 372 lb-ft. That's an increase of 80hp and 75 lb-ft of torque on the 3.5-liter V6. Facilitating the blower are PTS Joe Z Series Header Back Exhaust System and Apexi Smart Accel Controller.