Nissan Juke-R unveiled to an audience in Spain 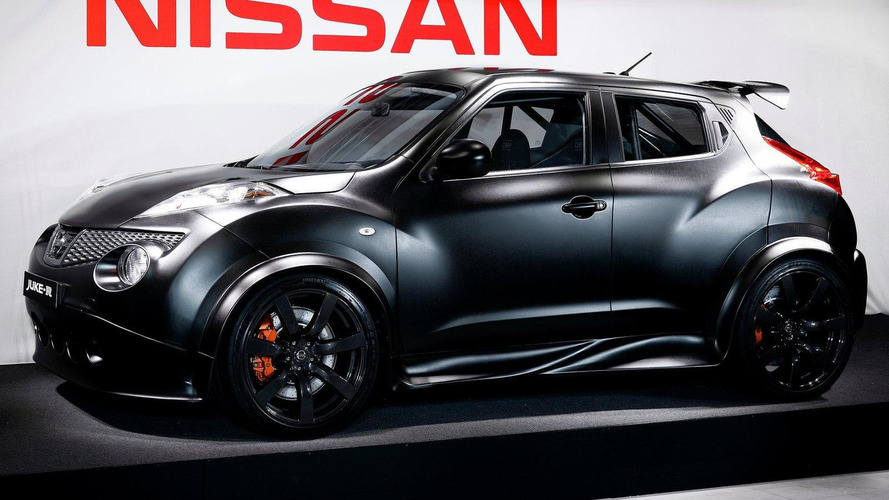 Nissan surprises an audience at a media event with a live look at the complete Juke-R in the flesh.

Nissan has unveiled the Juke-R to a surprised audience during a Crossover media event in Malaga, Spain.

Those select few were the first to see the complete Juke-R in the metal. For the media, Nissan only provided this one image of the Juke R, though, published here.

Nissan will be making just two versions of the Juke-R - one right-hand drive and one left. The two units are being built by motorsport outfit RML in partnership with the Nissan Technology Center for Europe. Nissan will begin testing of the Juke-R next month (November).

Specs on the Juke-R haven't yet been released yet but the powerful compact SUV will feature the drivetrain from the Nissan GT-R which includes a twin-turbo 3.8 liter V6 unit with an output of 530 PS (390 kW / 520 hp).