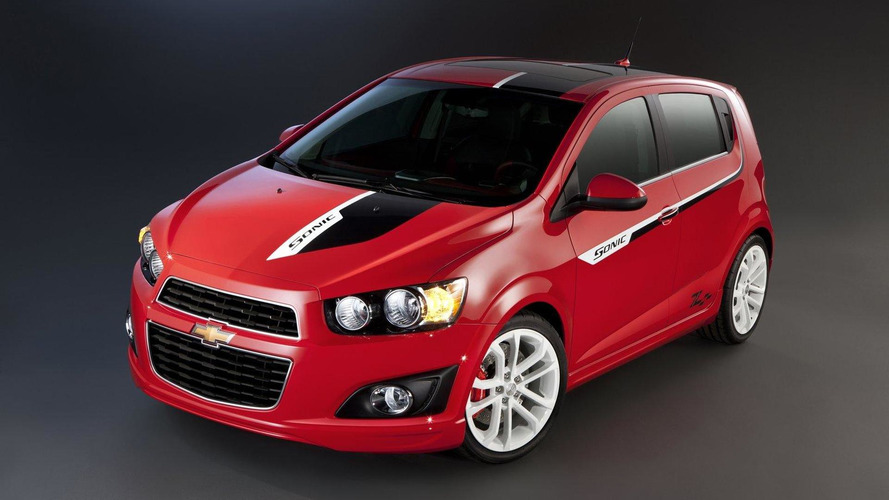 The photos published here show the Chevrolet Sonic Z-Spec #1 and #2 which come with 18-inch wheels, a body kit, unique graphics packages and will feature performance upgrades too.

Chevrolet will also be bringing the Sonic Z-Spec 4D Concept, based on the Sonic sedan - a touring car concept with an Ashen Grey Metallic exterior and an interior finish in Dark Titanium with Cobalt Red accents.

The Chevrolet Sonic Dusk will be the most subtle of the four SEMA Sonic models, which comes in Berlin Blue with dark silver wheels and a Mojave leather interior.

Also on hand at the Chevrolet stand at SEMA will be two specially-tuned Cruze models. The Chevrolet Cruze Z-Spec is a touring car concept with a new stripes package that Chevrolet will soon unveil. The Chevrolet Cruze Dusk comes with a unique grille treatment and dark-tinted wheels along with a customized interior which includes a suede-trimmed steering wheel.

See the press release below for full details on each model