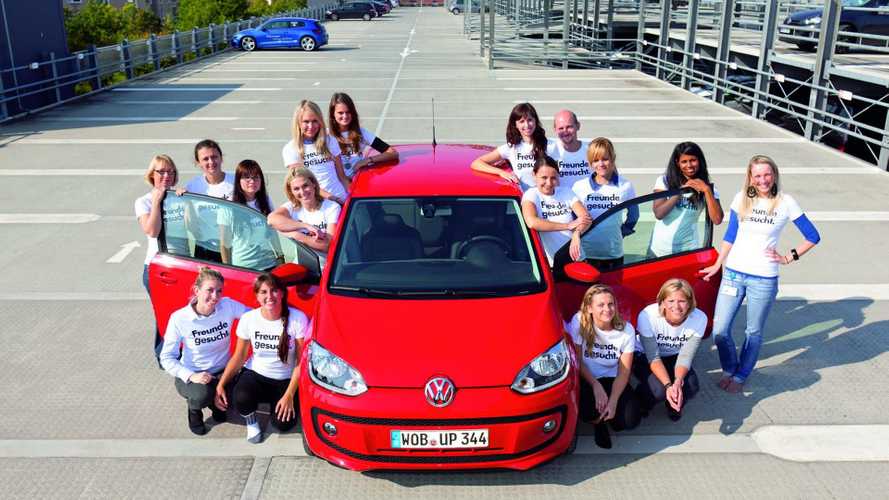 Volkswagen took 16 employees and stuffed them into the new up! model for an unofficial world record attempt.

Volkswagen took 16 employees and stuffed them into the new up! model for an unofficial world record attempt.

Despite squeezing two people in the trunk, one on the dash, seven on the back seat, four on the front seats and two in the footwells under the dash, the PR stunt was hardly successful at making a real world record attempt. But considering the up! is one of the smallest four-seater cars measuring 3.54 meters long and 1.64 meters wide to be on the market, fitting 16 people with room to spare actually sounds quite impressive.

Car cramming has been around since the 1950s with some impressive records listed here. However, more recent records include fitting 20 students from Wilmore, Kentucky into an original Beetle in 2010, and going further back, 27 students from Penn State Abington crammed into a New Beetle in 2001.

Now VW sets its eyes on setting sales records as the up! has its market launch on December 2 in Germany.