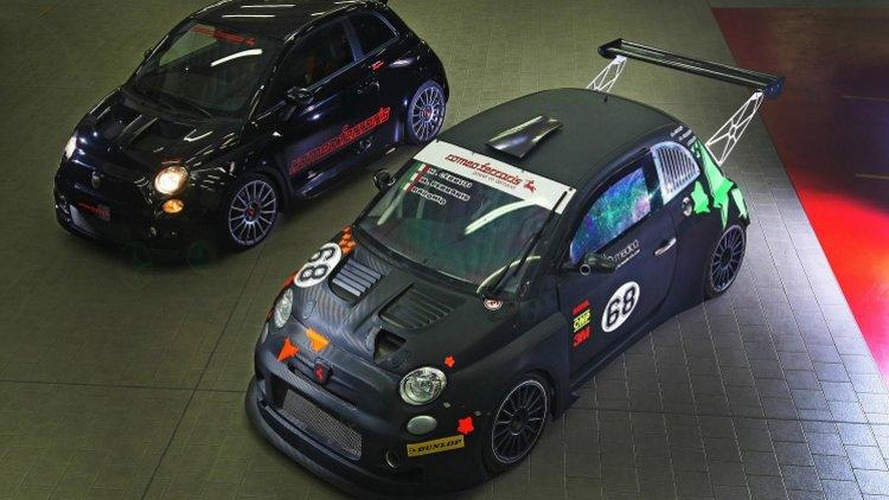 Italian tuning and race firm Romeo Ferraris has made a street-legal version of their Abarth 500 Cinquone Modigliani race car.

Italian tuning and race firm Romeo Ferraris has made a street legal version of their Abarth 500 Cinquone Modigliani race car.

The engine which is the same Fiat 1.4-liter turbo four cylinder from the stock 500 has a new exhaust system with metal catalytic converter, remapped ECU and a bigger turbo that now delivers 300 PS - only 60 PS less than the race car.

Inside, the rear seat bench has been removed and replaced with a roll bar. The dash pad is covered in suede while carbon fiber race seats are draped with OMP 4-point seat harnesses.

Further details and performance specs will be released in the coming weeks.