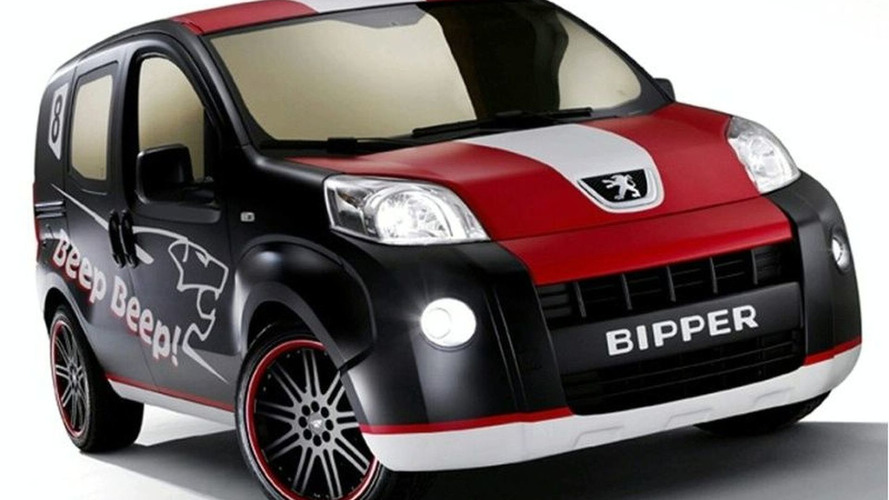 Peugeot are to premiere a motorsport-inspired take on their new compact van at Italy's Bologna Motor Show dubbed the 'Beep Beep' Concept, set to join the 908 HDi on the track next year.

Peugeot are to swap the city for the track with the premiere of a motorsport-inspired take on their new Bipper compact van at Italy's Bologna Motor Show. Dubbed the 'Beep Beep' Concept, a name perhaps more suitable back in the city, the Bipper concept is set to join Peugeot's 908 HDi race car at the 2008 LMS championship.

Peugeot maintain that this new Concept Van shares the character of their LMS Championship-winning 908 HDi FAP race car. But bar the surprisingly-attractive paint scheme with matt black sides, red bonnet & roof and a white stripe running over the vehicle, the similarities rather abruptly end. The French firm does however suggest that both vehicles' versatilie nature and ability to weave in and out of traffic is yet another 'strong (read: tedious) link'.

But forgiving a poor introductory marketing speel, the Bipper 'Beep Beep' reveals just how good a compact van with a decent colour scheme and 18-inch (black, red-highlighted) alloys can look. Forget the Nemo, Peugeot's Shark has it well and truly upstaged.

A choice of 1.4-litre petrol or HDi diesel units is available, with the latter producing 70 horsepower and torque of 160 Nm. Fuel consumption is rated at 62.7 mpg on the combined cycle, with emissions of 119 g/km of CO2. The production Bipper will enter showrooms in May next year.