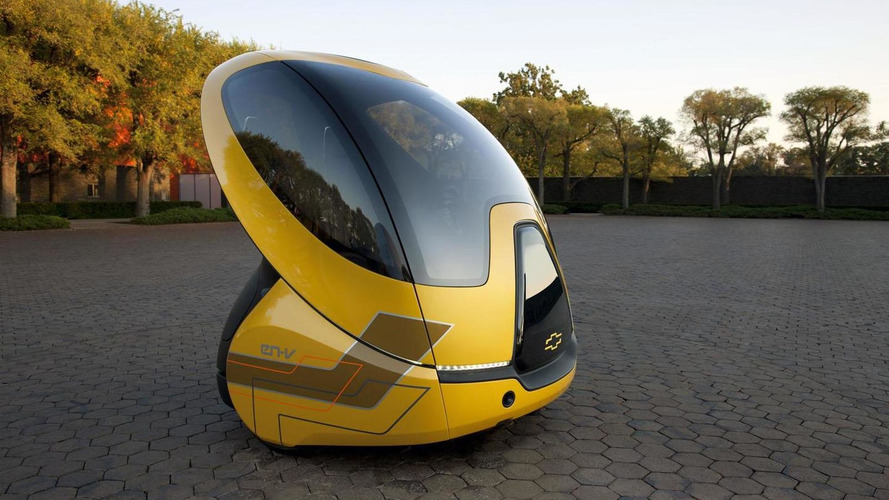 Badged as a Chevrolet, the new model is a follow up to the original which debuted at the 2010 Shanghai World Expo.

Badged as a Chevrolet, the model is a follow up to the original which debuted at the 2010 Shanghai World Expo. As such, it features revised styling, a climate control system and an electric powertrain that enables it to travel approximately 40 km (25 miles) on a single charge.

Despite the modest tweaks, the real coup de gras is the concept's autonomous driving system which combines GPS navigation with a variety of sensors and vehicle-to-vehicle communications technology. This enables the EN-V to drive itself, but manual controls are also available.

According to Chevrolet's global vice president of marketing and strategy, "By 2030, more than 60 percent of the world's 8 billion people will live in urban areas [and] the Chevrolet EN-V represents a possible solution for global customers living in markets where alternative transportation solutions are needed."