Smart CDI wins the MPG Marathon with a 99.24 mpg rating 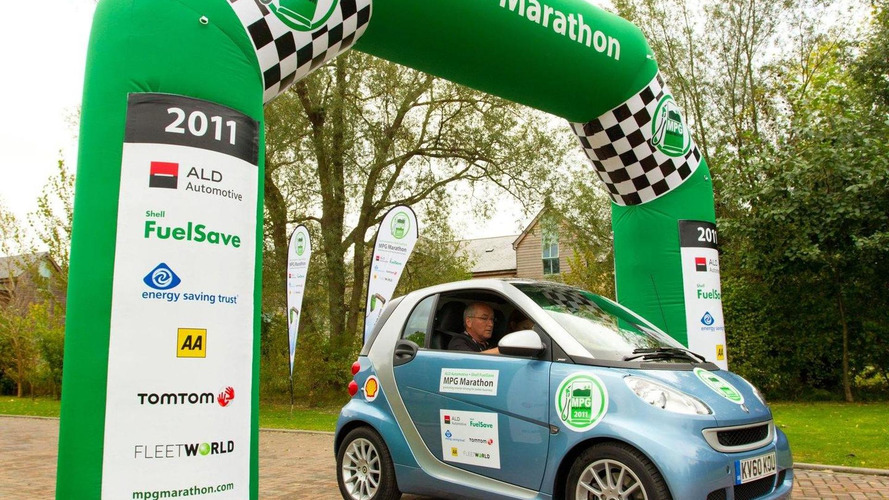 At the 2011 ALD Automotive Shell FuelSave MPG Marathon it was the Smart CDI which took the overall title.

While the Vauxhall VXR8 took the title of greatest improvement over the official mileage rating of the car, and the Toyota Yaris winning in its class, the overall winner was the Smart CDI which managed 99.24 mpg (2.85 liters/100 km) over the course of two-days of driving and a total distance of 370.9 miles (597 km).

The car was driven by Mick Linford and co-driver Ella Flynn.

Said Linford of his winning run, "I was determined to break the magical 100mpg mark this year, but the weather and one particularly hilly section was against us.  To get so close is a double-edged sword - but I'm delighted that the smart delivered these incredible results despite the challenges!"