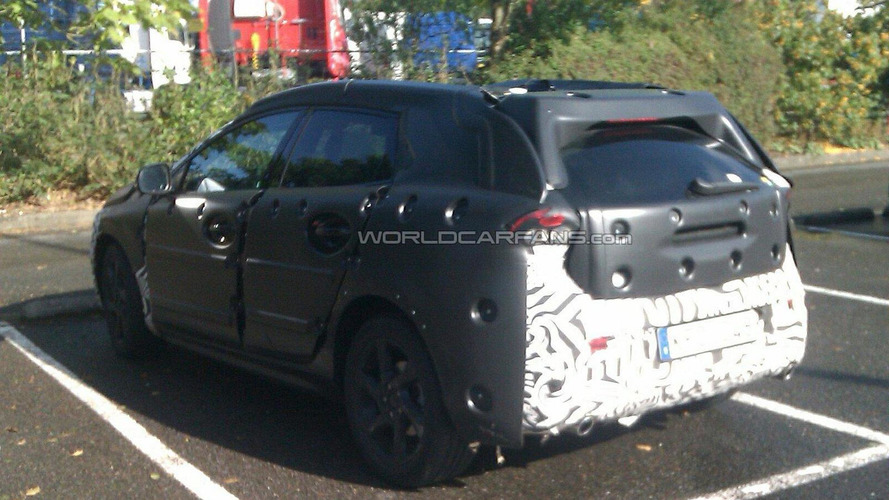 V30 is a five-door wagon based on the C30 hatchback platform that will form a new model range to go up against the likes of the VW Golf.

These are the first spy shots available of the upcoming 2012 Volvo V30 caught testing on the streets of Europe.

Capturing the V30 was a tricky shoot for our spy photographers and we only have these three photos of a heavily camouflaged model.

But we do know a few things about the V30. It is a five-door wagon based on the C30 hatchback platform which together represent a new model range that will go up against C-segment rivals such as the VW Golf in Europe's most competitive market sector.

Volvo has previously stated that they are decidedly taking the brand down-market to be a volume player and compete directly against the likes of Volkswagen.

The Volvo V30 is expected to debut sometime early in 2012.