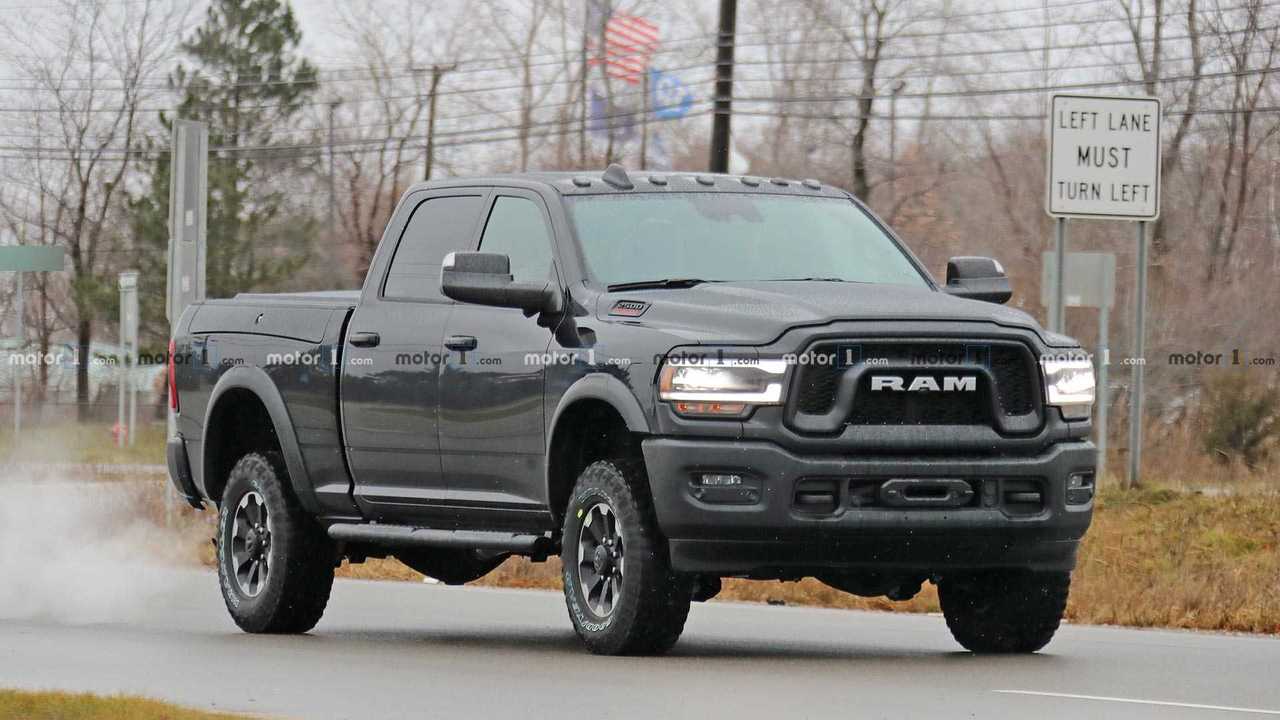 Take a good look at the Ram's future heavy hauler.

The Ram Power Wagon fills the needs of folks looking for heavy-duty hauling capability and occasional off-road ability. A new batch of spy shots catches the next-generation model on the road with absolutely no camouflage. There's no better look conceivable of this heavy-duty rig until Ram gives the truck an official debut in the future.

As hinted by previous spy shots, the next generation of heavy-duty Rams looks a lot like the existing 1500 variants. Up front, there are new headlights with bracket-shaped LED runnings lights on the top and bottom. The main projector is in the middle. The pickup's old crosshair grille is gone, and in its place, there's now far more curvaceous styling.

This truck also has a monochromatic appearance because the entire exterior wears black, and even the lights on top of the cab appear to be tinted. Subtle fender guards lend to the truck's muscular look. The two-tone wheels, knobby tires, and tubular running boards are likely part of the Power Wagon's rugged equipment.

Lower trims of the next-gen, Ram HD trucks won't pack all of the amenities of this Power Wagon. The more basic Tradesman grade in the spy photos above lacks the LED runnings lights and has simple mesh grille. The cab lights aren't present, either.

Interior spy shots are in:

Inside, spy photos indicate Ram intends to offer the trucks with its latest tech, including a large infotainment screen dominating the center stack.

The powertrain is currently the biggest mystery about the latest generation of Ram HD pickups. We believe that the existing 5.7-liter V8, 6.4-liter V8, and 6.7-liter Cummins-sourced inline-six turbodiesel might carry over. One possibility is that at least some of the engines might gain the mild hybrid equipment from the 1500 as a method to improve fuel economy.

The Power Wagon and the rest of the Ram 2500 and 3500 lineup could debut as soon as the 2019 North American International Auto Show in January, so we should know more about them soon.