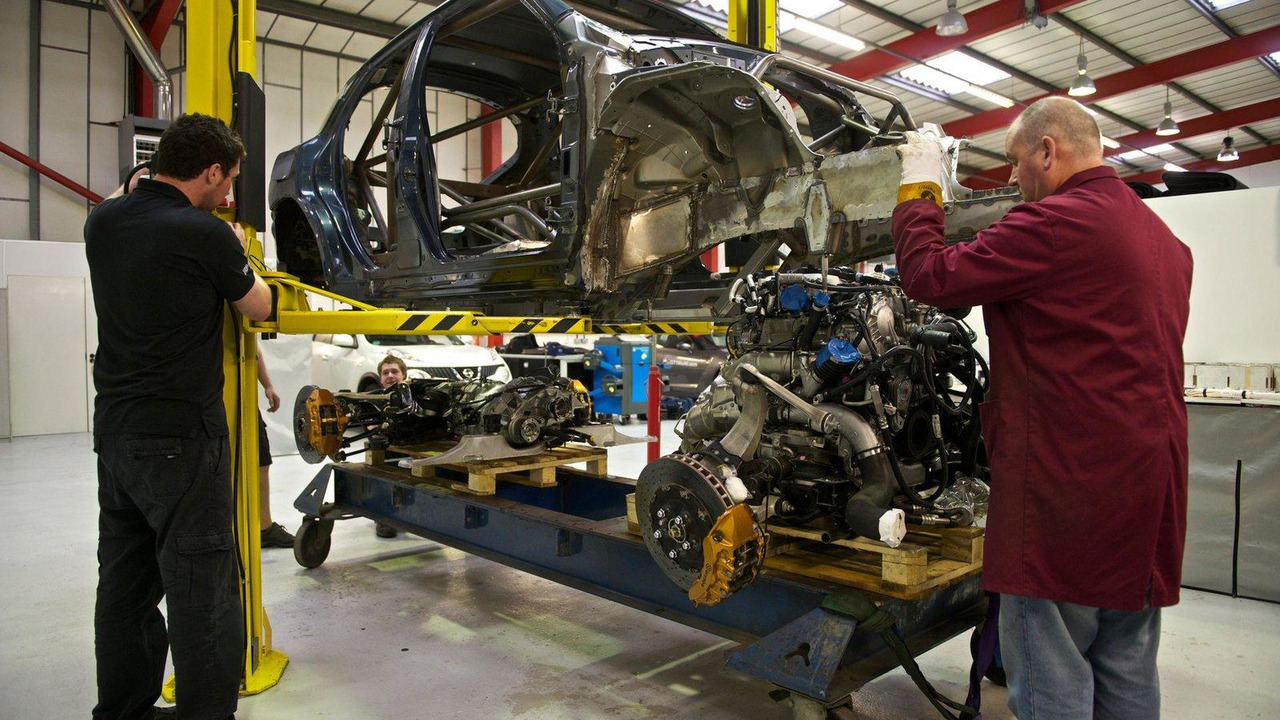 Using the power-train from the Nissan GT-R, including its 3.8 liter V6, Nissan creates this one-of-a-kind powerhouse compact crossover.

Nissan has combined the Juke compact crossover/SUV with the performance engineering of the GT-R to create this one-off Juke-R.

A performance-oriented crossover, the Juke-R features the same 3.8 liter V6 as in the GT-R model and also adopts the GT-R's six-speed trans-axle gearbox as well as a modified version of its 4WD driveline and prop shaft. Unfortunately, Nissan makes no mention of horsepower figures but we do know a tuned down version fo the GT-R's twin-turbo 3.8-liter V6 which produces 530 PS (390 kW / 520 hp) has been reported. The Juke-R rides on 20-inch RAYS forged alloy wheels.

On the outside, the Juke-R features flared wheel arches, new front and rear bumpers and a split rear wing. Inside are some unique design touches such as the motorcycle fuel-tank inspired center console along with an FIA-spec roll-cage and twin racing-seats with five-point harnesses.

The Juke-R, though, is a one-off creation and is not headed to production. However, the concept is a street-legal vehicle.