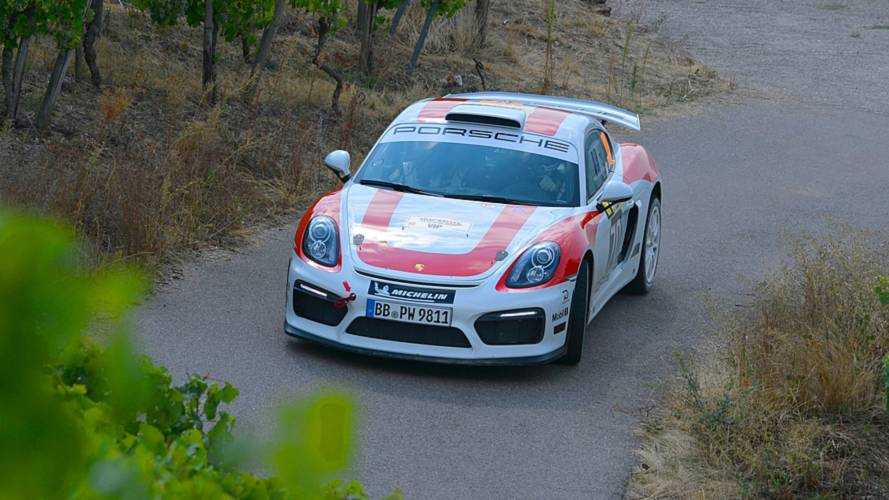 We’re all patiently waiting for Porsche to finally take the wraps off the hardcore 718 Cayman GT4 and its track-only Clubsport counterpart, but the folks from Stuttgart could have another model in the pipeline based on the baby 911. Remember the rally-spec concept unveiled back in August? It went on to become a fully fledged course car for the ADAC Rallye Deutschland later that month and it’s still of great interest to Porsche.

The production version hasn’t been approved just yet, but Porsche is eager to give the 718 Cayman GT4 Clubsport Rally its stamp of approval on one condition: “We need to sell 100 to get the green light.” That’s the reveal made by the company’s motorsport boss, Frank-Steffen Walliser, during an interview with Top Gear magazine.

He went on to mention the aforementioned demonstrator car helped Porsche figure out how to fine-tune the possible customer version, so everything is ready should there be enough demand to warrant series production. If approved, the rally-ready Cayman won’t be part of a dedicated series like Lamborghini is doing with the Urus ST-X, so owners will have to figure out for themselves where to race their prized possessions.

Why was the Cayman chosen in particular to be transformed into a rally-ready car? Walliser told TG it has to do with its size: “Just by the width of the car, the Cayman helps because it fits exactly the WRC track.” He mentioned Porsche is in talks with FIA about a possible RGT entry, but nothing is set in stone at the moment. Should the two reach an agreement, Walliser believes other automakers would follow.

Refresh your memory about the rally-ready Cayman:

During the same interview, Porsche’s motorsport boss was proud to say the 718 Cayman GT4 Clubsport Rally demonstrator car “had drivers, teams, fans, everybody excited.” “Even the WRC’s top five drivers all wanted to drive it. It’s pure rear-wheel drive and just the sound of the car as it comes through the woods, it’s really loud.”